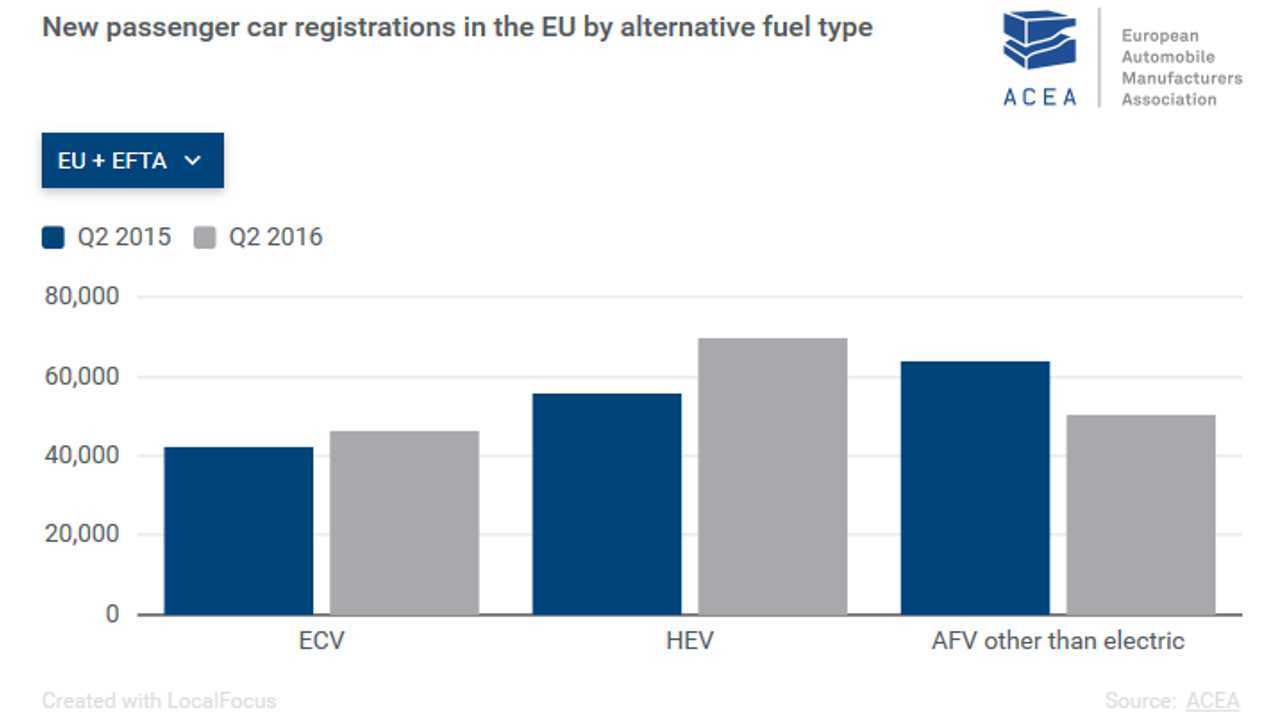 Recent EV registration data indicates a downturn in the momentum of plug-in electric vehicles sales for Europe in the second quarter, as compiled by the ACEA.

Only 10% more plug-ins were sold in Q2 of this year compared to a year ago in the European Union (EU) plus Norway + Switzerland (EFTA).

Total registrations over the first half of the year amounted to 95,236 plug-in vehicles, which translated to a 19.5% of growth year-over-year.

All-electric passenger vehicles tallied 44,381 registrations, and noted just a 7.2% increase, while plug-in hybrids ended H1 with 49,726 registrations and a 35.4% increase.

There was more than a few issues working to slow the progress of EVs in Q2, but now heading into the second half, many of those have been rectified.

With sales back on track in Germany, the arrival of the new, longer range 41 kWh Renault ZOE, 33 kWh BMW i3, and a host of new model offerings just arriving now (such as the Model X in Norway), the just closed third quarter is much improved (although it will be a while before we have a final tally to put a specific percentage on the gains), with Q4 advanced further from there.