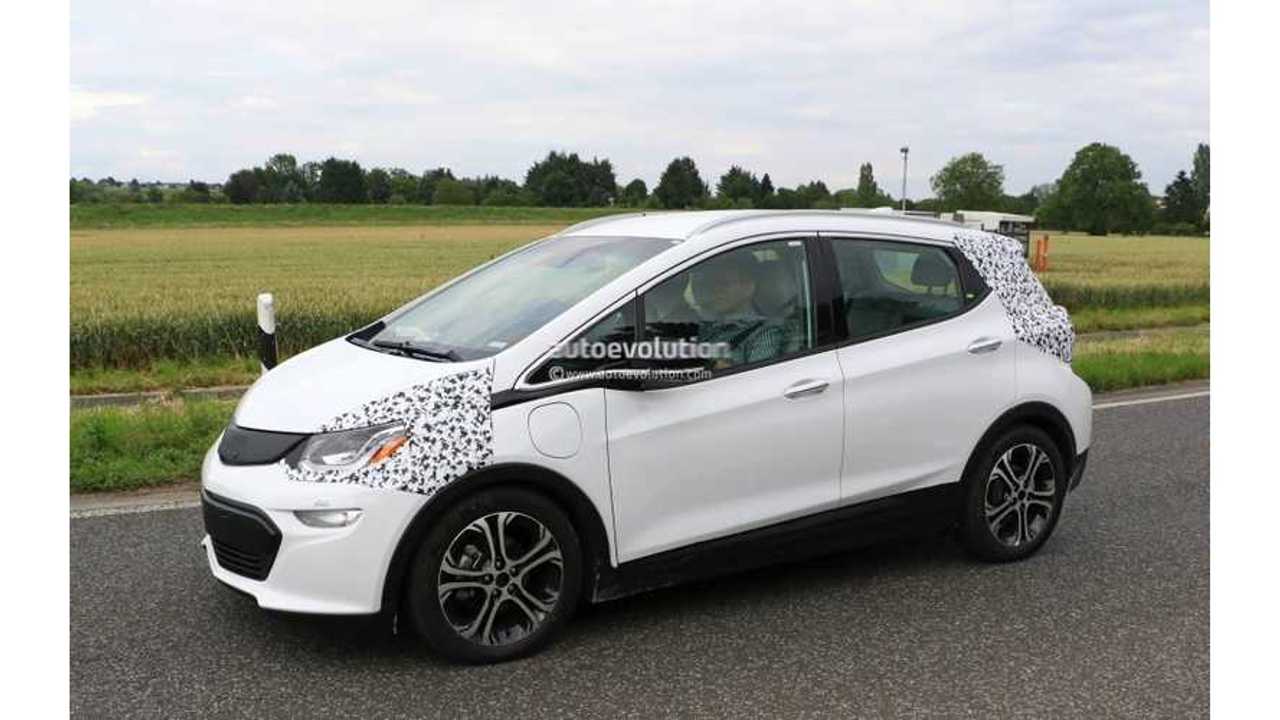 2017 Chevrolet Bolt will spawn a cousin in the form of the Opel Ampera-e.

The Ampera-E is expected to make its grand debut at the upcoming Paris Motor Show this fall, but ahead of that unveiling, the folks over at Auto Evolution captured a prototype of the car out on public roads in Germany;  looking essentially the same as the US Chevrolet Bolt EV (see below for comparison)

"This is the first time a pre-production Opel Ampera-e has been spotted by the carparazzi out in the open and, from the looks of it, we’re in for a much prettier car than the Ampera."

And by Ampera, AE means the Opel/Vauxhall Ampera (see picture at bottom) that was a re-skinning of the first generation Chevrolet Volt

The Ampera-E is expected to have the same specs as the Chevrolet Bolt, which means 200-plus miles/325 km of real world/EPA range and ample power to zip from 0 to 60 MPH in under 7 seconds. Pricing for Opel's version is unknown at this time.

Original Ampera (Chevy Volt) Getting A Charge In Europe

You'll find loads of high-res, large images of the spied Ampera-E at the source link below.