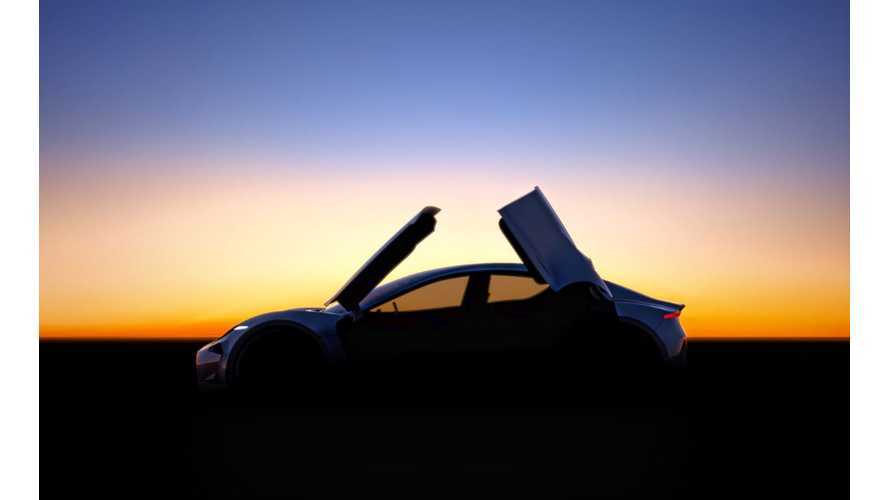 Though no new details were released, the image shows a sleek four-door sedan with a coupe-like appearance. The dimensions seem rather compact and the most striking design detail is surely the double butterfly doors.

Also of note:  Check out a lightened image of Fisker teaser below for added depth and detail

Previously, Henrik Fisker had stated that his new electric car would launch/get fully revealed in the second half of 2017. Fisker added:

"We have really been working in stealth mode. For the last two years I have been looking at battery technologies and wanted to see if there was something that could really give us a new paradigm. We had the strategy of developing the technology as fast as possible without getting tied down to a large organization, which would hold us back. Now we have the technology that nobody else has. And there is nobody even close to what we are doing out there.”

To be sold under Fisker, Inc., this yet unnamed beauty is sure to shock the world, says Fisker:

“FISKER INC. WILL SPEARHEAD A REVOLUTION IN ELECTRIC CARS THAT WILL DISRUPT THE ELECTRIC VEHICLE MARKET AND CHANGE THE WORLD”

Hopefully, by the "more next week" statement Fisker is implying that we'll actually get some details on the car before month's end. As of right now, no specs are available, just this lone image and some quotes from the designer himself.

Fisker teaser image enhance (below):  InsideEVs reader Paul Atkins (aka Electric Vehicle Guy on Youtube) has done a little photoshop work and lighten/enhanced the image to add some more depth. Our thanks to Paul!