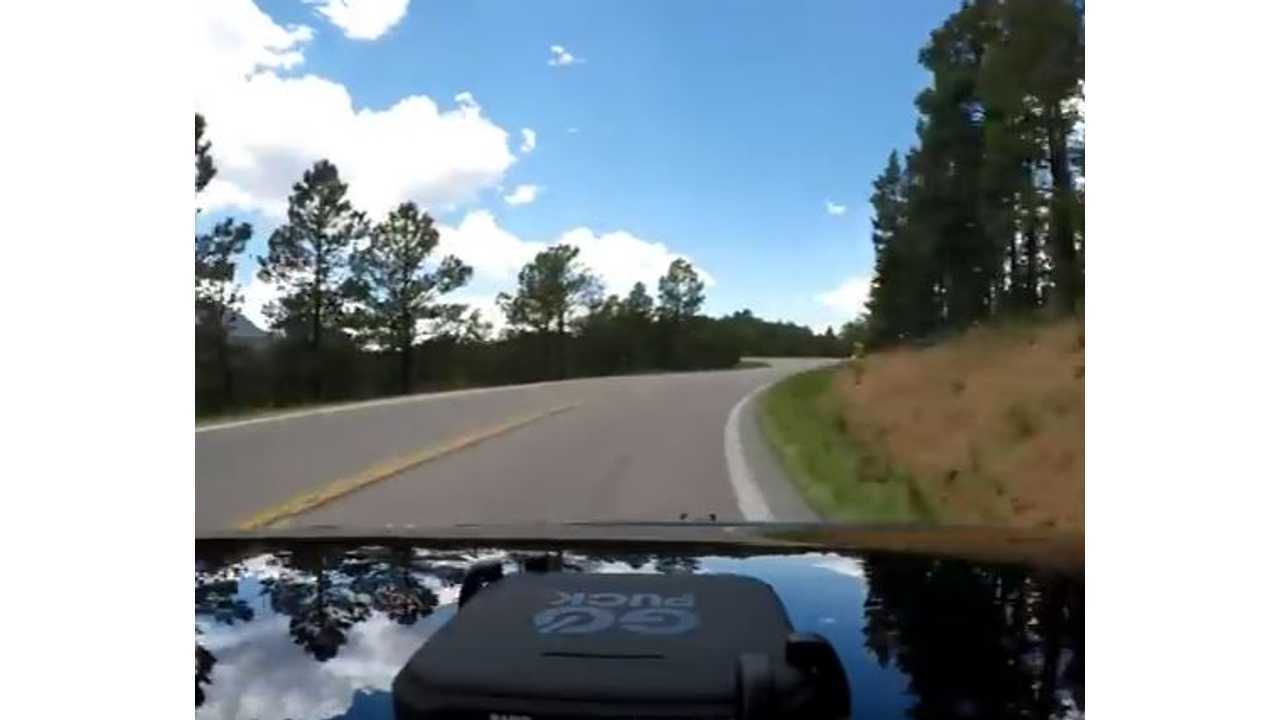 With a time of  11 minutes and 48.264 seconds, the Model S placed 64th overall, but manage to slash the record time down by over 1 minute in the "Production Electric Car" class.

Fuller's Model S had some 800 pounds of weight removed and was fitted with a mandatory roll cage. Other than that, the vehicle remained mostly stock.

***The sound you're hearing is a mandatory siren. Because the Tesla essentially makes little to no noise when driving, the Pikes Peak International Hill Climb Organizers mandate that a 120 decibel siren be on the car during the race to warn people and animals ahead. For next time, we're looking to engineer a more pleasant way to accomplish the same goal.***

This video was taken from Blake Fuller's world record run at the 100th Pikes Peak International Hill Climb event. Making a time of 11:48, he beat the previous record by over a minute. The previous record for the Production Electric Vehicle class was 12:55.