Electric Vehicle Sales Continue To Be Unstoppable In China - Up 170% 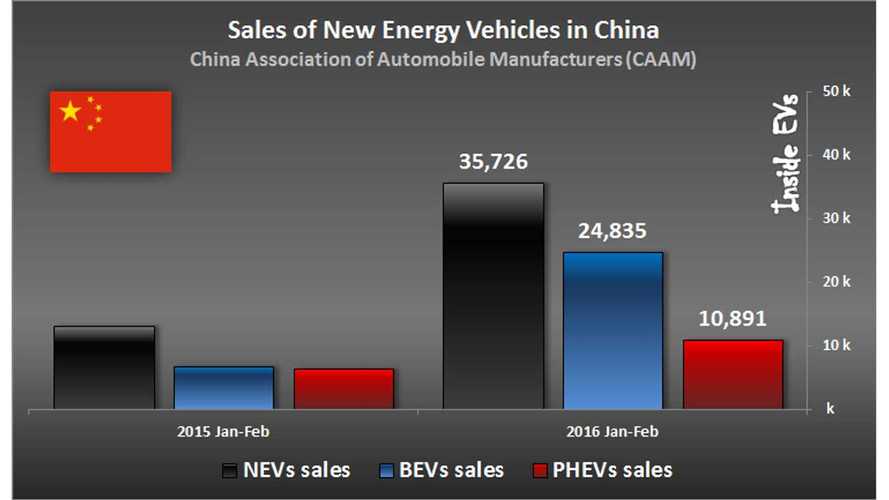 After tremendous growth in 2015, and setting a record of over 330,000 New Energy Vehicle (pure electric and plug-in hybrids) sales in China, many were wondered whether the growth could continue in 2016.

Well, wonder no more as the Chinese market rolls into uncharted territory at an unprecedented pace.

Total production of NEVs in January and February increased to 37,937, while sales rose to 35,726 - both up 170% up year-over-year. These gross numbers includes all kinds of electric vehicles, not only cars (buses, commercial trucks, etc).

All-electric vehicles account for 73% of total production and nearly 70% of total sales. BEVs are also growing faster than PHEVs.