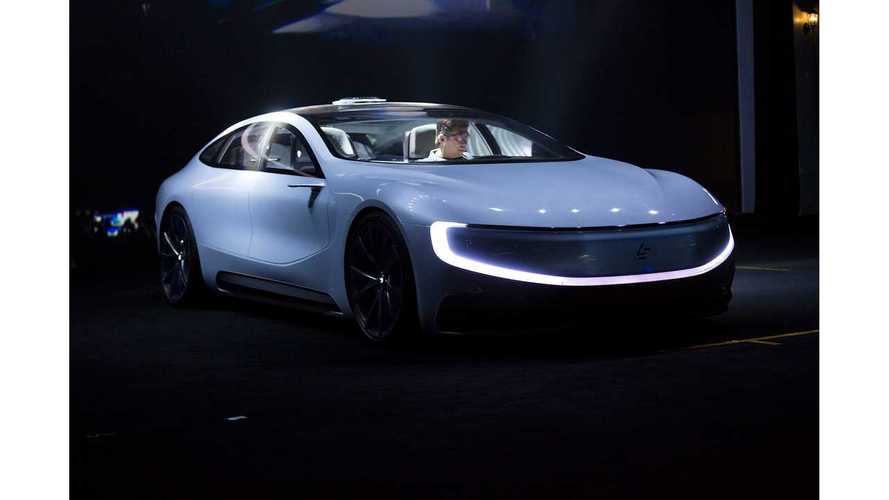 China's LeEco had grand plans to officially unveil its self-driving car last week. The company is in the midst of launching multiple products in the U.S., including phones and TVs, and the unveiling in San Francisco was the beginning of it all. Unfortunately, the LeEco LeSEE concept car never made its anticipated entrance.

The San Francisco venue was chosen to show off LeEco, as it is one of China's largest tech companies. On the same turf as Tesla and Google/Alphabet, the stakes are high, especially with the recent emphasis on the global growth of autonomous vehicles.

LeEco's founder, Chinese billionaire Jia Yueting, came down the runway surrounded by dry ice clouds, and informed the audience that the LeSEE was not able to join him. He said:

"It shouldn't be me running out here, we didn't have any other choice. What we wanted was me in the car, and the autonomous car drives me out."

Actually, the car was said to not even be in California at the time. Reportedly it had been delayed coming over from London (where it was taking part in the filming of Transformers 5). This was all because, allegedly, the original LeEco prototype was in a bad accident while driving over from Los Angeles. Some, however, are speculating that the car was non-functional and it wasn't going to happen in the first place. Perhaps the first was functional and the second was not?

In the end, the original "LeSee" prototype -- first unveiled in Beijing in the Spring did end up somehow make it to LeEco's experience center away from the stage area. Hmm ...

Executives went on to explain that the car may become part of a shared ownership partnership with Faraday Future. LeEco is Faraday's parent company.

LeEco is one of many Chinese startups taking root in the Silicon Valley area including, Baidu Inc., Alibaba, Xiaomi, and Tencent Holdings.

Video (below): Watch the full LeEco introduction party to the US (they do a lot more than EVs), with the non-reveal of the LeSee from the 1:20 mark