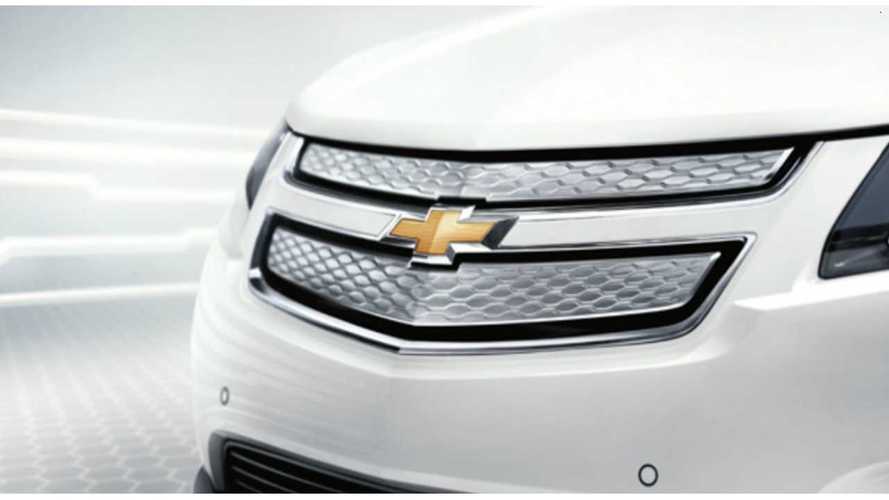 First gen Chevy Volt In China...not a particularly strong seller due to high pricing on the foreign-made plug-in

According to recent word out of General Motors China, Chevrolet will focus intensely on beefing up its lineup in China over the next four years.

Chevrolet says that 20 "totally new or refreshed" vehicles will launch in China by the end of 2020.

Among those launches will be a variety of vehicles that make use of plug-in hybrid technology.

The press blast below doesn't provides details on which vehicles will be PHEVs, but it does indicate that plug-in hybrids will be added to Chevy's China lineup.

Currently GM sells the Cadillac CT6 PHEV (just announced to arrive in the US for early Spring 2017), and a Volt-based Buick will also hit the streets in early 2017 in China.

Perhaps the Chevrolet Volt itself will be returning to China after a not-so-great 1st gen run ended a couple years ago with only a handful or sales.

Chevrolet Rolling Out 20 Products in China Through 2020

DETROIT – Chevrolet announced today in Detroit that it will introduce more than 20 totally new or refreshed products in China, its second-largest market, by the end of 2020.

“Chevrolet will continue to strengthen the best model lineup in the brand’s history in China,” said Alan Batey, president of GM North America and head of Global Chevrolet. “In the coming years, we will roll out breakthrough products with technologies that improve safety, performance and fuel efficiency for our customers.”

Nearly 30 percent of the models will be SUVs and nearly half will be new nameplates for the China portfolio. They will feature a variety of efficient and powerful advanced propulsion technologies such as small-displacement turbocharged engines, diesel engines, and hybrid and plug-in hybrid electric technology.

Most of the products will be manufactured in China by GM’s SAIC-GM joint venture and many will be tailored for the domestic market by its Pan Asia Technical Automotive Center (PATAC) joint venture.

Chevrolet has been offered in China since 2005 by SAIC-GM. Last year, the 4 millionth Chevrolet was sold in China. The brand’s vehicles are available at over 600 dealerships in more than 200 cities nationwide.

“As a relatively young brand in China, Chevrolet is reaching more and more customers every day,” said Chevrolet Chief Marketing Officer Tim Mahoney. “With the introduction of additional exciting, never-before-available products in China, we expect the brand’s recognition to grow.”