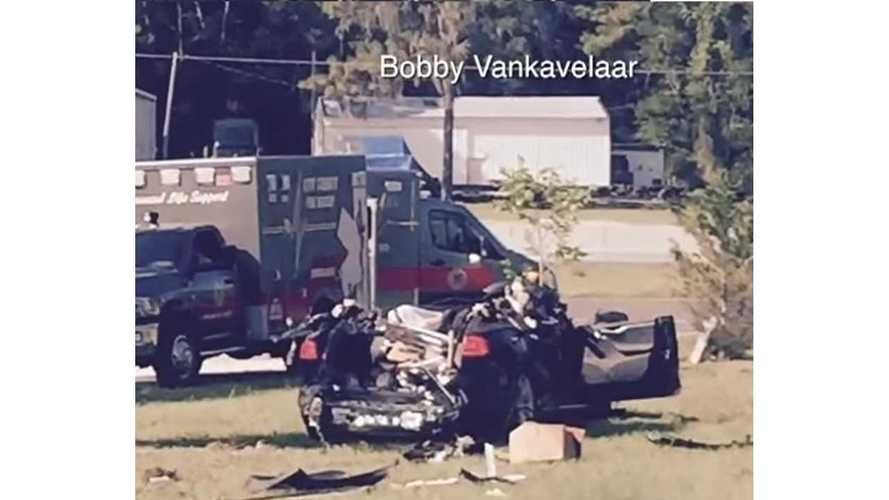 By: Jay Cole
Yesterday brought news of a NHTSA (U.S. National Highway Traffic Safety Administration) preliminary investigation into a Model S traffic fatality that occurred while Autopilot was engaged; of which, full details and a Tesla statement on the crash can be found here.

Now ABC News is reporting from the scene, detailing the accident as well as showing some live footage from after the accident.

The report also re-states some information that has come to light after the fact, not found in the original Police report, such as that the Model S driver may have been watching a movie at the time of the accident, and some speed data.

It also twists some facts in the case the way only a local news crew can - "Right now, questions be asked like: "How did a Tesla on Autopilot slam into a tractor-trailer?  Why didn't the built in safety system stop it?...And do these cars threaten others on the road?"

Pretty sensationalistic to say the least.  Note how ABC says questions are being asked...but necessarily by them.

Update (Thursday, July 7th):  Florida Highway Patrol said Thursday that both a computer (laptop) and a DVD player were confirmed in the vehicle, but neither were found running after the crash.  Investigators on the scence could not determine whether the driver was operating either of the two at the time of the accident.

As we know, the Tesla did not set-off the accident, nor was its operation at the time the cause...so we'd suggest just watching the report to better understand the scene and to hear the witness account - including a hearsay report of the Model S travelling over 85 mph just before the accident.