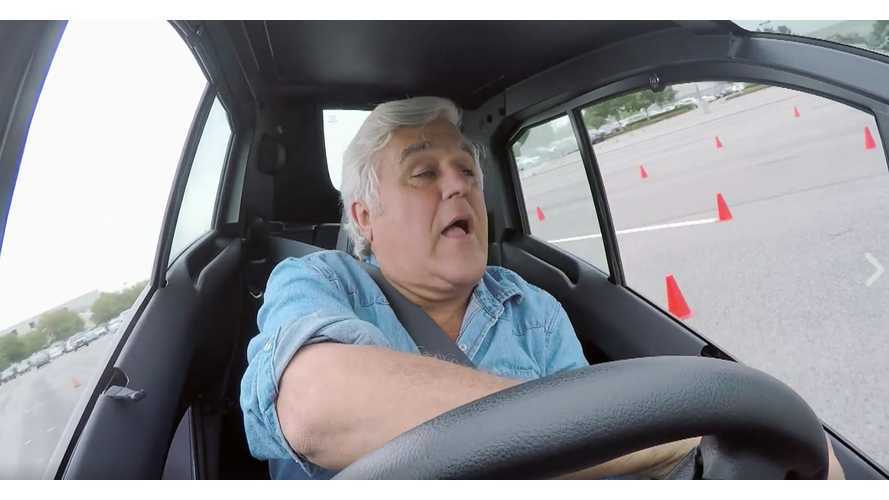 Jay Leno On The Course In the Toyota i-Road

The Toyota i-Road EV concept combines the convenience of a motorbike with the stability and comfort of a car. It is Toyota's answer to the future of mobility.

Jay Leno had an opportunity to drive the vehicle on a recent episode of the second season of Jay Leno's Garage. He did a great job on the course. He explained:

"The trick is to maintain your speed and try not to use the brakes at all."

"Well it's a very odd sensation. It feels like I'm driving a car, but it's almost like I'm on skis."

The ultra-compact, zero-emission EV can travel about 31 miles on a charge, when speeds average around 19 mph. It takes up less than half of a standard lane and parking space.

The front wheels move up and down independently as the driver moves. As Jay said, it can be compared to skiing. The vehicle balances itself, leaning and choosing the correct angle as the driver proceeds around each corner. The driver is covered from the elements, and a helmet is not needed.