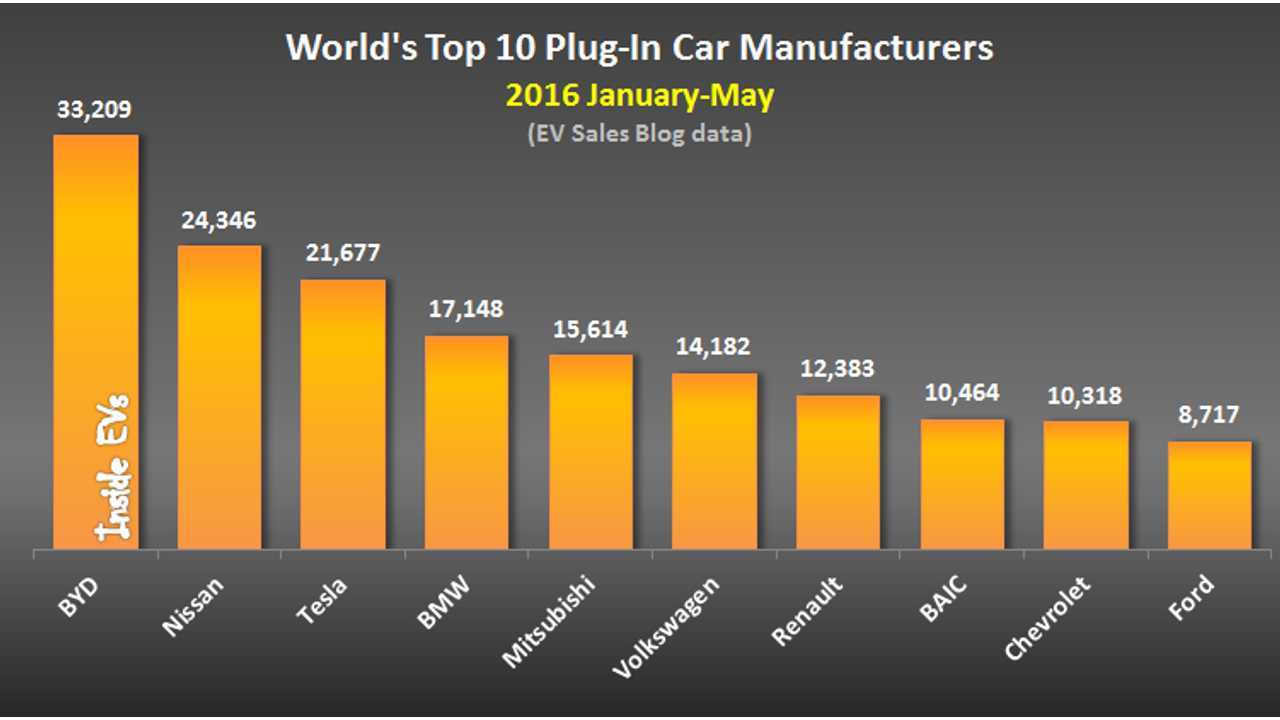 Over 54,000 plug-in electric cars were sold in May worldwide, which is about 42% more than year ago.

With nearly 3,300 sales in May, the Nissan LEAF remains best selling model YTD by a sizable margin.

Second best is the Tesla Model S (with some 2,250 sales in May), which will need to pay some attention to the BYD Tang (3,249 moved in May), which is approaching quickly.

Thankfully for Tesla, June is the "big push" month of the quarter, so it will likely take the Tang into August before it can realistically make a run for the #2 spot.  We estimate some ~5,000 Model S sedans were sold in June - however, there is generally a lag time of about 3-4 weeks until all worldwide numbers roll in.

The Mitsubishi Outlander PHEV continues to sit comfortably in fourth, as the model has already crossed the 10,000 mark this year.

After first five months, we also note that plug-in models now need to average nearly 1,500 sales a month to find themselves in the Top 10 this year.

BYD is the clear leader among plug-in electric manufacturers, and there is likely no stopping them in 2016...or in 2017.

The Chinese company not only has the high selling Tang plug-in hybrid SUV, but a growing lineup of several different models (three in Top 10 YTD), which makes BYD's lead difficult to overcome.

Nissan and Tesla take 2nd and 3rd so far this year, but it is interesting to find that BMW is now in 4th ahead of Mitsubishi.