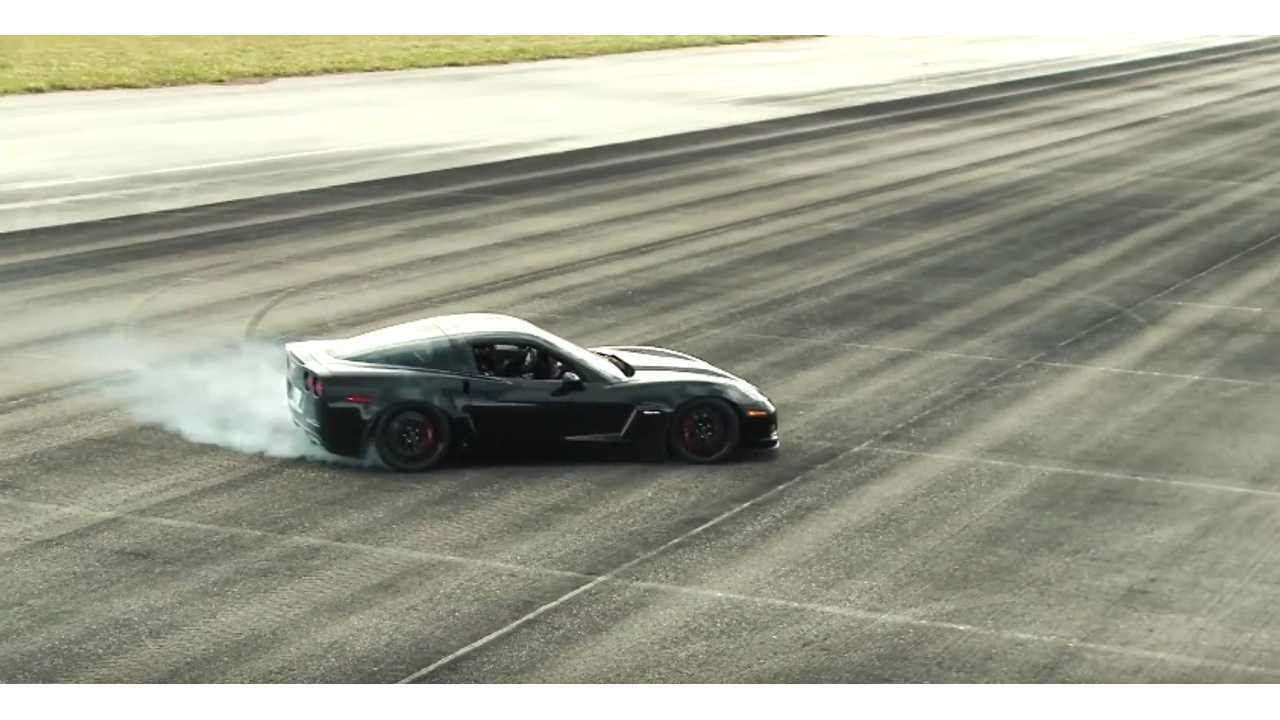 The previous world record was set by Finnish Electric RaceAbout at 177 mph.

According to the press release, the GXE's power exceeds 700 hp - which would be around 500 kW. Range is rated at 130 miles, but no battery capacity/kWh numbers were released to vet that claim.

"The vehicle was being tested at The Johnny Bohmer Proving Grounds, at Space Florida’s Shuttle Landing Facility, conducting research to improve vehicle performance. During the course of testing, the car broke the record for the Top Speed Street Legal Electric Car category with a speed of 186.8 mph on the date of February 23, 2016.

The record was certified by the International Mile Racing Association (IMRA).

The GXE, based on a 2006 Z06 Corvette, includes a state-of-the-art battery management system, inverters, batteries and electric motors that produce in excess of 700-hp and 600 lb-ft of torque. Most GXE parts were designed and built in America."

The Johnny Bohmer Proving Grounds, at Space Florida’s Shuttle Landing Facility, is one of the very few places in the world that has the capacity and infrastructure to make speed record runs like this safe. The 3-mile-long and 300-foot-wide runway at the facility was the perfect location for the GXE to break the record.

The car has a range of 130 miles during normal driving operation with a near 50/50 weight distribution and is optimized for a low center of gravity."

“We are thrilled that the result of our development testing led to the setting of this record. Based on our experience so far, we believe the car to be extremely robust as we set the record on our first day of testing. We fully expect the car to do a lot more.”