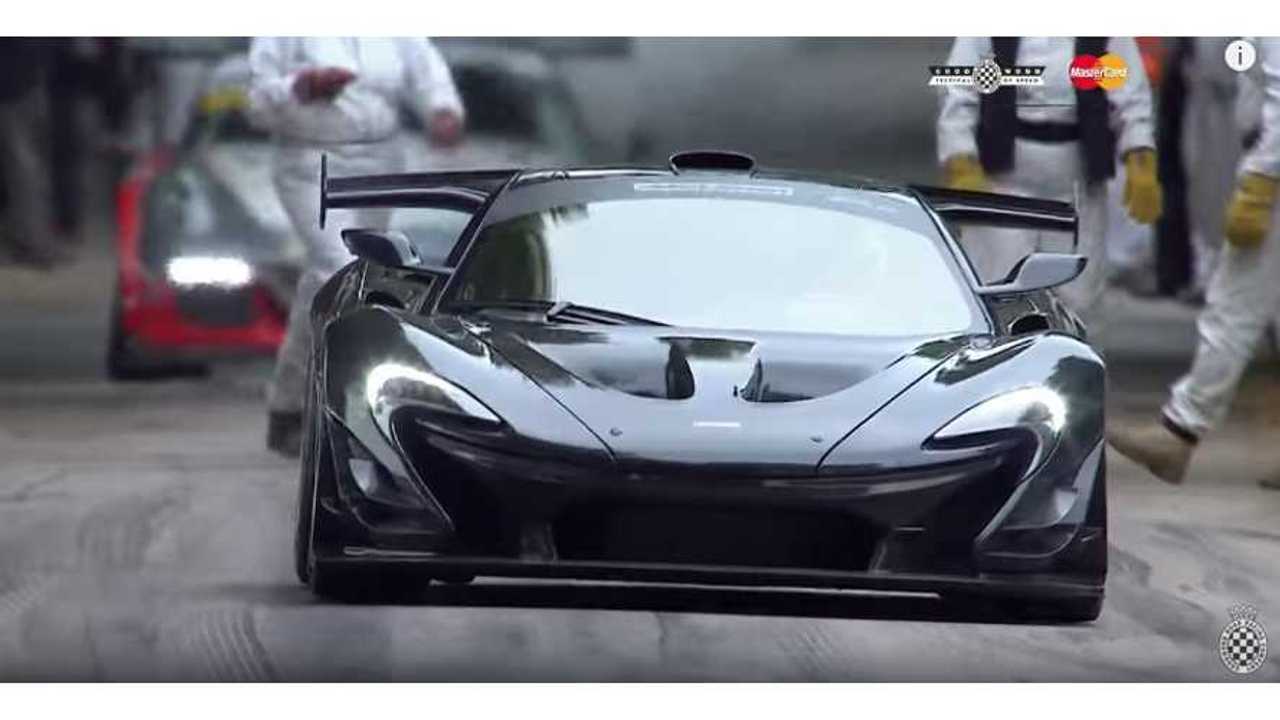 Firmly in the "plug-in hybrid you want, but will never own unless your name is Jay Leno category", a McLaren P1 LM driven by Kenny Brack, set a new record for the fastest road legal car during the 2016 Goodwood Festival of Speed's Supercar Shootout.

With time of 47.07 seconds, the McLaren P1 LM was 2.2 seconds faster than the second best time set by a Nissan GT-R Nismo.

The £3 million McLaren P1 LM is road legal only because Lanzante converted it from a track-only McLaren P1 GTR.

"The P1 LM, which has been fettled by British company Lanzante, features the same 986bhp 3.8-litre twin-turbo V8 as the regular P1 but benefits from track-spec chassis modifications."

"The P1 LM is a road-converted version of the track-only P1 GTR. The converted car weighs 60kg less than the P1 GTR.

Just five P1 LMs have been made, and no pricing for the conversion has been revealed. The P1 GTR, upon which the LM is based, costs from £1.98 million."