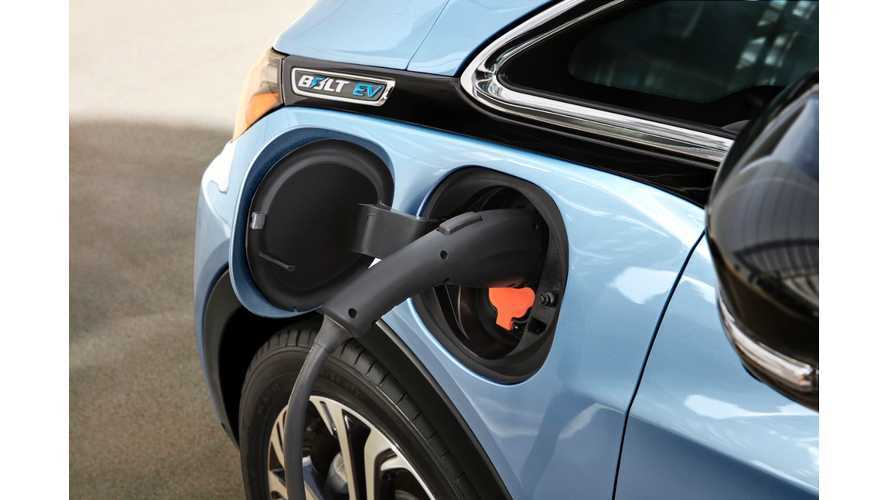 Back in February, Bloomberg released an article entitled, “Here’s How Electric Cars Will Cause the Next Oil Crisis." It predicted an oversupply of oil and an oil price crash, caused by the growth of the electric car market.  Would the same article be written today with crude approaching $50/barrel again?  It's hard to say.

The Bloomberg analysis assumed that once EVs cause an oil displacement similar to the one in 2014 (2 millions barrels a day), a similar price drop will occur.

Navigant research points out that only as much as 2.1 million barrels were displaced, strictly due to EVs, from January 2011 to December 2014. However, much more displacement is occurring when looking at a bigger picture related to fuel efficiency, autonomous driving systems, and mobility growth like ride-sharing.

In terms of the advancements of fuel efficiency, a larger and more attainable impact to displacing oil has been made. To equally displace the same 2.1 millions barrels of oil noted above, fuel efficiency only needs to increase .08% in 4 years. Due to the U.S. Corporate Average Fuel Economy (CAFE) regulations, this is and will continue to be far exceeded. Navigant points out:

Standards will increase average in-use gasoline powered light duty vehicle fuel efficiency 22% over the next 10 years. Eighty percent of global light duty vehicle markets are governed by increasing fuel efficiency regulations like CAFE standards; when considering the effects of these policies on a global scale, the oil displacement calculations belittle the oil displaced from EVs.

Although full autonomy may be a few more years away, partial autonomy is already in place and has been for some time. It is currently reaching more markets and growing even faster than EVs. There isn't enough hard data at this point to prove that autonomous vehicles will displace oil, but the research and theories support it. With more systems in place, there should be less accidents, less congestion, and smarter, more efficient driving. Some cars are already utilizing traffic jam assist and efficient routing based on traffic, road conditions, weather, elevation, driving style and other factors.

Vehicle ownership is on the decline. This is true mostly in part to alternatives like public transportation, ride-sharing, car-sharing, carpools, and even bikes. The displacement of oil is inevitable simply due to "fuel efficiency per passenger mile traveled".

It is important to consider all of these factors as a whole, and not blame EVs alone for any oil crisis. Political leaders, policymakers, and advocates may feel compelled to make decisions or push agendas that negatively affect electric cars, especially in a time when oil prices are down. Reporting that there is even an actual crisis of any kind is likely to fuel the fire against EVs, when, in fact, we are far from any situation warranting the "crisis" label.

It's surely not easy to forget about the recent stir involving the Koch brothers.