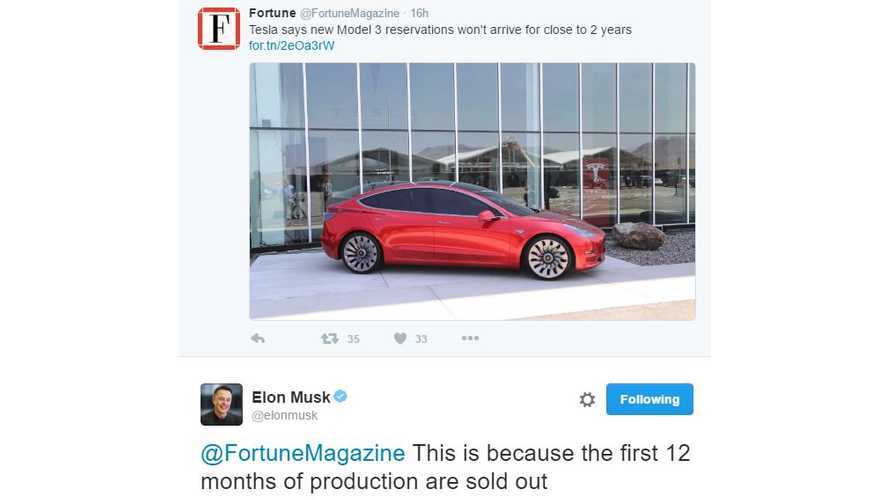 Tesla CEO Elon Musk took to Twitter to clarify a situation that arose following a misleading article on the upcoming Tesla Model 3.

According to multiple reports yesterday (which we won't link to because they are all inaccurate), Model 3 production was "pushed back" until 2018. That's not the case at all, but rather any order being placed today and into the future won't be filled until 2018. That's because, according to Tesla CEO Elon Musk, there are enough pre-orders for the Model 3 to keep Tesla busy for all of 2017 (and likely most of 2018 as well).

If you check Tesla's website (screengrab below) for ordering the Model 3, you'll see the following:

"Delivery estimate for new reservations is mid 2018 or later"

So, if you're hoping to get a Model 3 anytime soon, then your order should've been placed long ago. Any orders placed today likely won't even enter production until very near to the end of 2018.