BMW i5 Rendering Based On Recent Patent Images 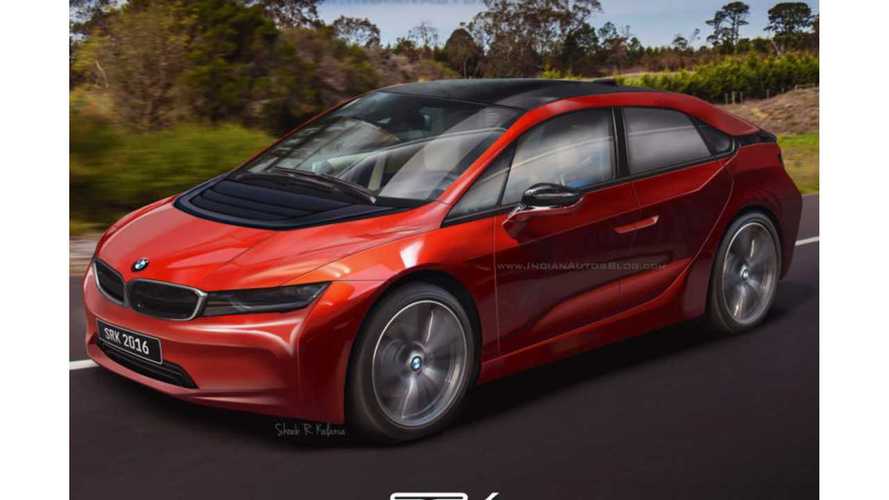 A couple of weeks ago, some possible patent drawings of the BMW i4/i5 leaked out. Now, based upon those leaked images, Indian Autos Blog has produced the rendering of the i4/i5 as seen above.

"The rendering shows a four-door hatchback with subtle SUV elements and a raised driving position. The i5 clearly borrows a lot of its design from both the BMW i3 and i8, with the rear end being almost entirely i3 and the front end having a lot of i8 in it."

The i4/i5 is expected to be a pure electric vehicle. It's loosely slated for launch in 2018-ish, but that hasn't been confirmed by BMW.

Outside of these drawings and a few minute details, not much else is kown of the i4/i5. BMW has been tight-lipped on this one, so we don't expect to get any real news from the automaker anytime soon.

As for looks? We think its outward appearance is decent, but those suicide doors don't sti well with us, neither does that odd black plastic (?) thingy on the hood.