Mitsubishi Outlander PHEV Struggles In Japan In May 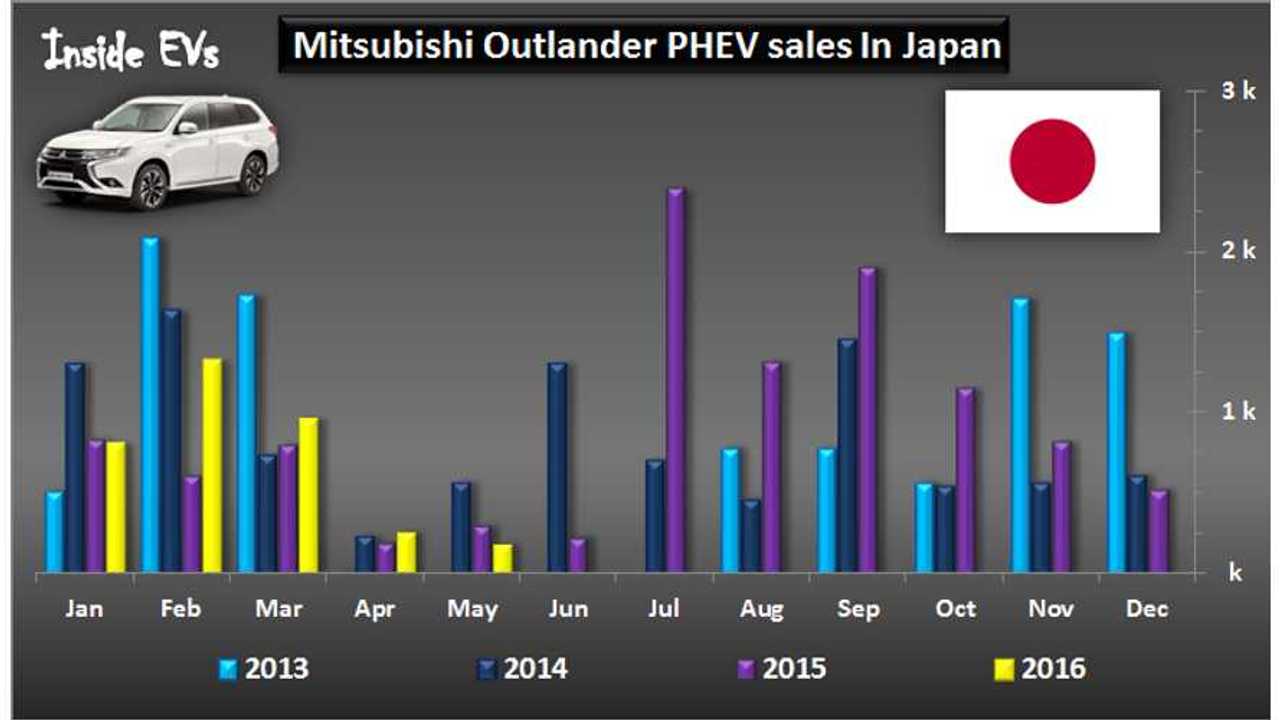 Mitsubishi has recently been hit hard by emission scandal.  So hard in fact, that it pushed the company into Nissan control (with its formal rival now owning a 34% controlling interest).

The high profile nature of the scandal, which is based out of Japan, seems to have been a hit to domestic sales right across the board.

Possibly as a result, Outlander PHEV sales also went down 40% in May to 174 units.

After five months nearly 3,500 Outlander PHEV were sold, which is still significantly more than 2,700 in all of 2015.

Whether there will be another summer boom (like in 2015 - which was mostly caused by refreshed version) is still a big question mark.