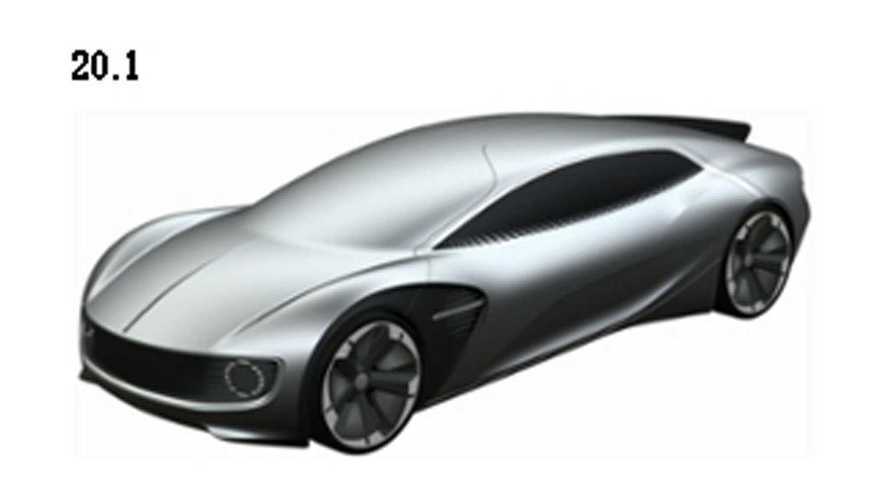 Autocar has come across a series of patent images tied to Volkswagen.

According to Autocar, these images show two different electric vehicles, with one being a sports car and the other a minibus.

"Volkswagen is planning to introduce an electric sports car and minibus to its new zero-emission line-up, with the brand’s patented images published on the World Intellectual Property Organisation (WIPO) website."

The first car, seen above, is a sporty coupe-ish vehicle that appears to be extremely aerodynamic. It also features gullwing doors. This image is certainly the more dramatic of the two and likely shows a prototype electric car that VW will unveil at some point in the future.

The other image (seen below) shows us what VW has in mind for its promised electric minibus. The minibus image sort of resembles the 101 kWh VW Budd-e electric concept that's been on display for quite some time now.

There were no technical details released with any of the images (additional images here), but we do know that Volkswagen is planning to launch an entire lineup of electric vehicles on the scalable EV platform called MEB.

Those vehicles include Budd-e, as well as the small hatchback I.D. with 250-plus miles of range that was recently unveiled at the Paris Motor Show. Additional vehicle launches beyond these first two electric models have not yet been revealed by Volkswagen.