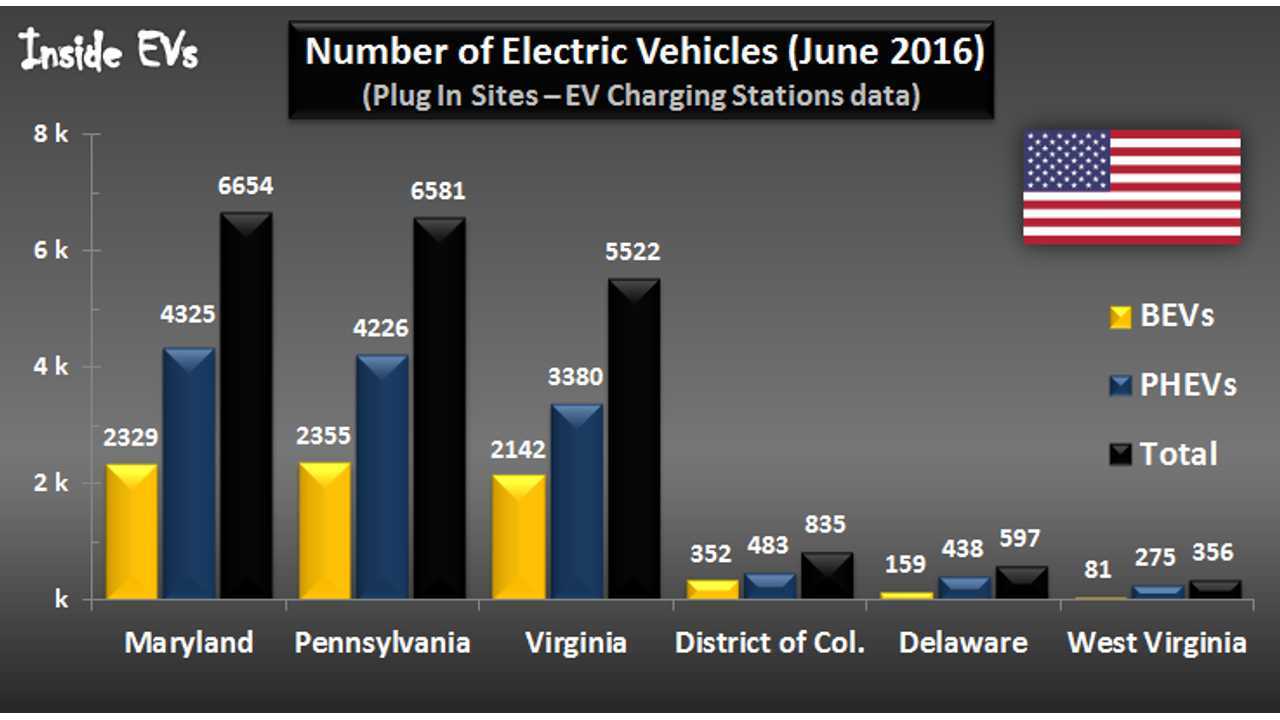 Thanks to Plug In Sites and Lanny Hartmann (who sometimes also pens a story here at InsideEVs), we can pass along the total number of registered plug-in cars in six Eastern US states.

The common trend amongst all the eastern states is that plug-in hybrids are in majority (in opposition to U.S. average overall). There is only 23% BEVs in West Virginia, while highest ratio of 42 to 58 was found in District of Columbia.