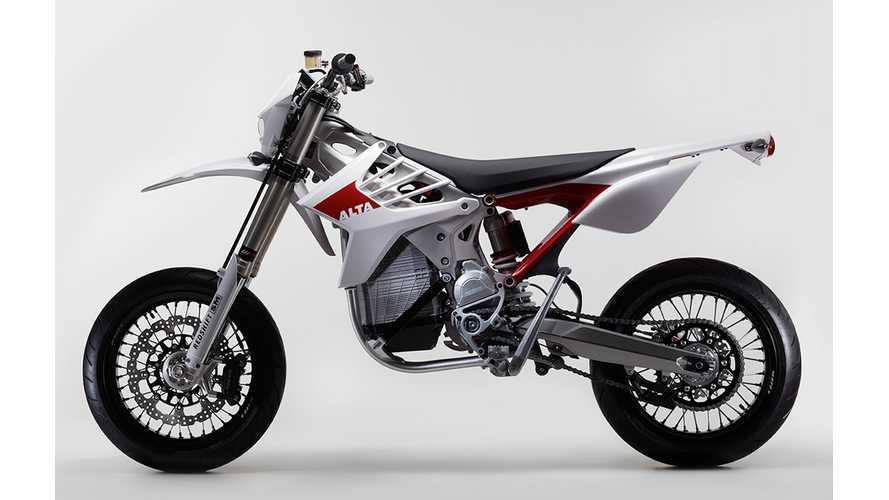 From New York, the bike received great feedback from Gear Patrol, which says that the "Redshift SM exploits new advancements in battery technology and gives its internal combustion counterparts a run for their money".

With a 5.8 kWh battery, estimated range is about 50 miles.

"Summer is here and that means it's perfect weather for ripping around the city aboard a quiet and nimble supermoto. We called up our friends over at Gear Patrol and offered them a ride on the Redshift SM. When the day was over, there were a few new converts to the Alta experience. Gear Patrol just published their video about it, and we were excited by what they had to say about the Redshift SM, "by breaking technological boundaries, a new motorcycling experience is emerging—dare I say, a better one."

Not to be outdone, Wired Magazine reached out while we were in NYC and asked for some one-on-one time with the Redshift SM as well. Jonathon Welsh said it best, “...finding a two-wheeled EV that feels “normal”—let alone great—after years of riding gasoline-powered bikes borders on miracle territory. And that’s where Alta Motors’ battery-powered RedShift SM plants its flag." So we think it's safe to say that they loved the Redshift's instantaneous torque and how easily the bike cut through dense city traffic as a result of the single speed transmission and 275lb weight."

Both the Redshift SM and RedShift MX ($14,995) versions can be pre-ordered with a $100 deposit. Sounds pretty reasonable to us.

Current back-order stands at 13 weeks, so you won't have to wait to long to get riding on electricity either.

Below: Here is bonus video with the RedShift MX:

The Redshift ripping through trails in the Mammoth Mountains

Because you don’t have to shift on the Redshift, you can focus on picking your line, cutting through the trail and beating your friends to the bottom of the mountain.