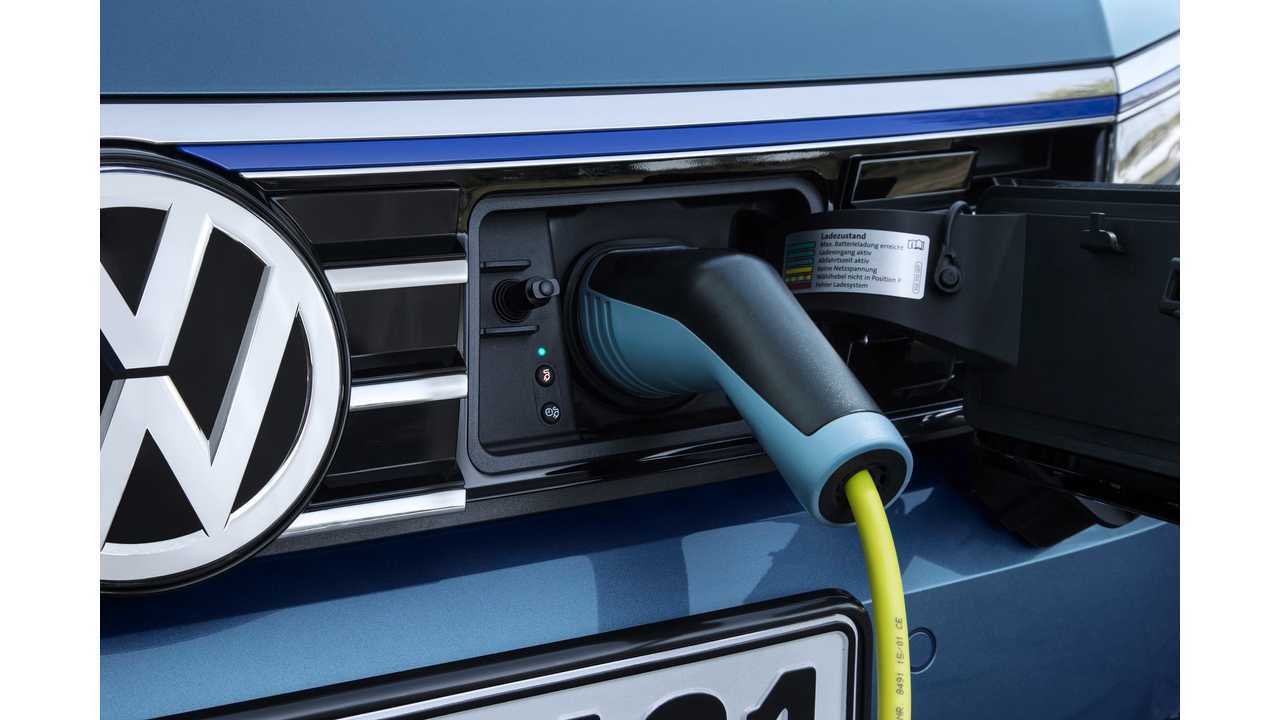 The Audi A3 Sportback e-tron

The costs for the company on the buybacks and lease terminations, emissions modifications (if approved) and cash payments to affected customers for approximately 475,000 eligible 2.0L TDI comes to $10.033 billion.

However, an additional $2.7 billion will be spent on a environmental remediation fund and $2.0 billion in initiatives to promote the use of zero emissions vehicles in the U.S.

We should note, that the $2 billion related to zero-emission cars says only that the amount will be spent over 10 years.

Well, Volkswagen probably will be able to use part of the compensation on a fast charging infrastrucutre rollout ... or maybe in a less favorable way - building some new hydrogen fuel stations.

Volkswagen AG announced today that it has reached settlement agreements with the United States Department of Justice (DOJ) and the State of California; the U.S. Federal Trade Commission (FTC); and private plaintiffs represented by the Plaintiffs’ Steering Committee (PSC) to resolve civil claims regarding eligible Volkswagen and Audi 2.0L TDI diesel engine vehicles in the United States. Of approximately 499,000 2.0L TDL vehicles that were produced for sale in the United States, approximately 460,000 Volkswagen and 15,000 Audi vehicles are currently in use and eligible for buybacks and lease terminations or emissions modifications, if approved by regulators. Volkswagen will establish a maximum funding pool for the 2.0L TDI settlement program of $10.033 billion. That amount assumes 100% participation and that 100% of eligible customers choose a buyback or lease termination.

The agreements covering the proposed 2.0L TDI settlement program are subject to the approval of Judge Charles R. Breyer of the United States District Court for the Northern District of California, who presides over the federal Multi-District Litigation (MDL) proceedings related to the diesel matter.

Volkswagen also announced that it has agreed with the attorneys general of 44 U.S. states, the District of Columbia and Puerto Rico to resolve existing and potential state consumer protection claims related to the diesel matter for a total settlement amount of approximately $603 million.

“We take our commitment to make things right very seriously and believe these agreements are a significant step forward,” said Matthias Müller, Chief Executive Officer of Volkswagen AG. “We appreciate the constructive engagement of all the parties, and are very grateful to our customers for their continued patience as the settlement approval process moves ahead. We know that we still have a great deal of work to do to earn back the trust of the American people. We are focused on resolving the outstanding issues and building a better company that can shape the future of integrated, sustainable mobility for our customers.”

Three agreements have been submitted to the Court for its approval with respect to the proposed 2.0L TDI settlement program: (1) a Consent Decree filed with the Court by the DOJ on behalf of the Environmental Protection Agency (EPA) and by the State of California by and through the California Air Resources Board (CARB) and the California Attorney General; (2) a Consent Order submitted by the FTC; and (3) a proposed class settlement agreement with the PSC on behalf of a nationwide settlement class of current and certain former owners and lessees of eligible 2.0L TDI Volkswagen and Audi vehicles. The parties believe that the class settlement as presented to the Court will provide a fair and reasonable resolution for affected Volkswagen and Audi customers. Volkswagen continues to work expeditiously to reach an agreed resolution for affected vehicles with 3.0L TDI V-6 diesel engines.

On April 22, 2016, Volkswagen recognized total exceptional charges of €16.2 billion in its financial statements for 2015 for worldwide provisions related to technical modifications and repurchases, legal risks and other items as a result of the diesel matter. As noted at that time, due to the complexities and legal uncertainties associated with resolving the diesel matter, a future assessment of the risks may be different.

"Today’s announcement is within the scope of our provisions and other financial liabilities that we have already disclosed, and we are in a position to manage the consequences. It provides further clarity for our U.S. customers and dealers as well as for our shareholders. Settlements of this magnitude are clearly a very significant burden for our business. We will now focus on implementing our TOGETHER-Strategy 2025 and improving operational excellence across the Volkswagen Group,” said Frank Witter, Chief Financial Officer of Volkswagen AG.

The agreements announced today are not an admission of liability by Volkswagen. By their terms, they are not intended to apply to or affect Volkswagen's obligations under the laws or regulations of any jurisdiction outside the United States. Regulations governing nitrogen oxide (NOx) emissions limits for vehicles in the United States are much stricter than those in other parts of the world and the engine variants also differ significantly. This makes the development of technical solutions in the United States more challenging than in Europe and other parts of the world, where implementation of an approved program to modify TDI vehicles to comply fully with UN/ECE and European emissions standards has already begun by agreement with the relevant authorities.

Subject to Court approval of the proposed 2.0L TDI settlement program, Volkswagen has agreed, among other terms, to:

o   Volkswagen will establish a single funding pool to cover the 2.0L TDI settlement program. The maximum funding amount will not exceed $10.033 billion and is dependent on how many customers participate in the program and which option they choose if proposed modifications are approved.

o   Customers can choose to sell back their vehicle to Volkswagen or terminate their lease without penalty, or, if a modification is approved, choose to have their vehicle modified free of charge and keep it. Customers who select any of these options will also receive a cash payment from Volkswagen.

o   An eligible vehicle’s value for a buyback will be determined based on the Clean Trade-In Value as published in the September 2015 edition of the NADA Used Car Guide, with adjustments for factory options and mileage.

o   Pay $2.7 billion over three years into an environmental trust, managed by a trustee appointed by the Court, to remediate excess nitrogen oxide (NOx) emissions from 2.0L TDI vehicles.