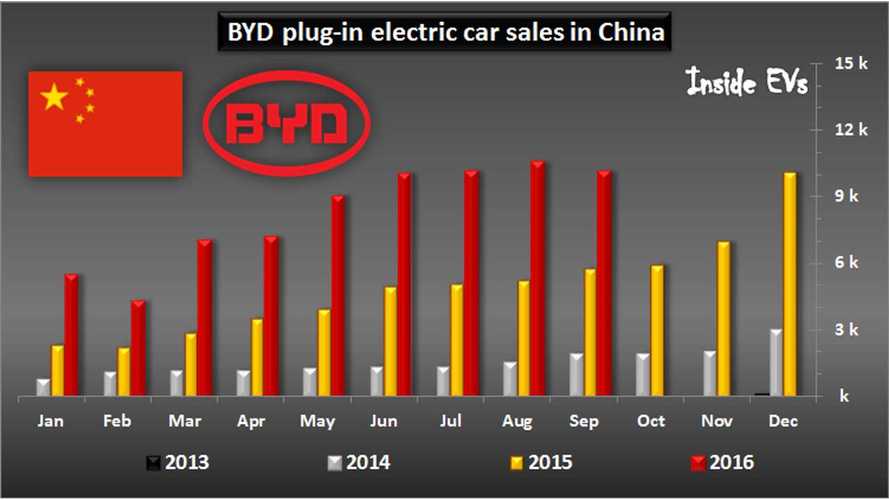 For the fourth month in a row, BYD sold more than 10,000 plug-in electric cars.

The 10,114 deliveries however translates to a relatively slow (for BYD anyway) pace of growth - 76% year-over-year. That's great result, but it's the company's slowest in more than two years.

We are not sure whether the demand has currently peaked at 10,000 cars a month in China where BYD makes them available, or just that BYD is experiencing some production bottlenecks at this volume level.

Given the strong end of year sales trends for China, the 100,000 mark will surely fall this year and well, BYD will be first to sell 100,000 plug-ins in single year - and for a single country.  No small feat.  Next year we expect Tesla will also manage to sell 100,000 all-electric cars in the single year.