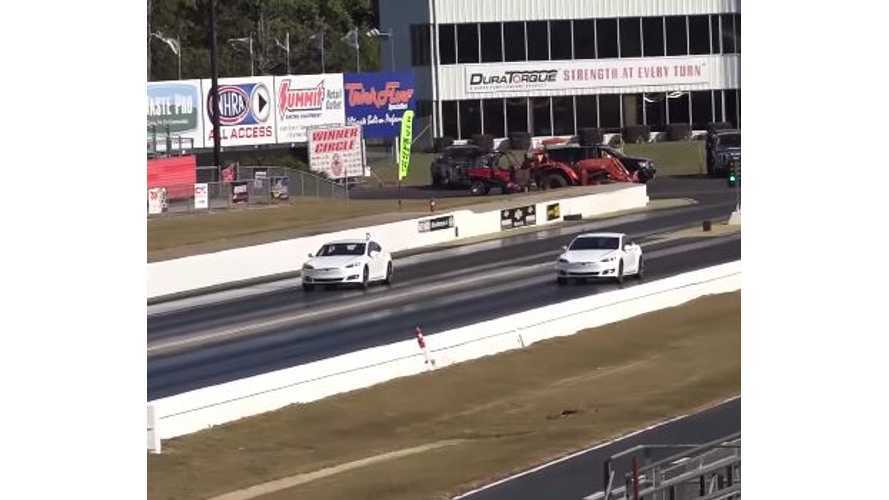 Tesla Racing Channel was back out on the track again to run three different Model S sedans down the quarter-mile strip.

"An exciting video comparison of our Tesla Model S P100DL along with our P90DL vs P85D Ludicrous as well as racing them all down the quarter 1/4 mile dragstrip alongside each other at ZMAX and Atlanta dragway."

Tesla Racing Channel provides some additional details on the races:

"P100D took on the P90D twice, second time both using launch control but the 90 spun bad, there was a spill two cars before, and since we lost the time-slip its not very official but the 100 did break our previous record by being 2 thousandths of a second faster."

"Also raced the P100D vs our P85D with optional Ludicrous mode to show how far Tesla has come in just under 2 years. For instance, if our P85D was stock with original Insane mode the P100DL would be almost a full second faster."

"Also showing some footage of Atlanta Dragway Street Car Takeover event where we roll raced our 100 and the 90, the turnout was quite unpredictable."

There's a lot packed into this single video, so keep in eye on the on-screen queues for additional information.