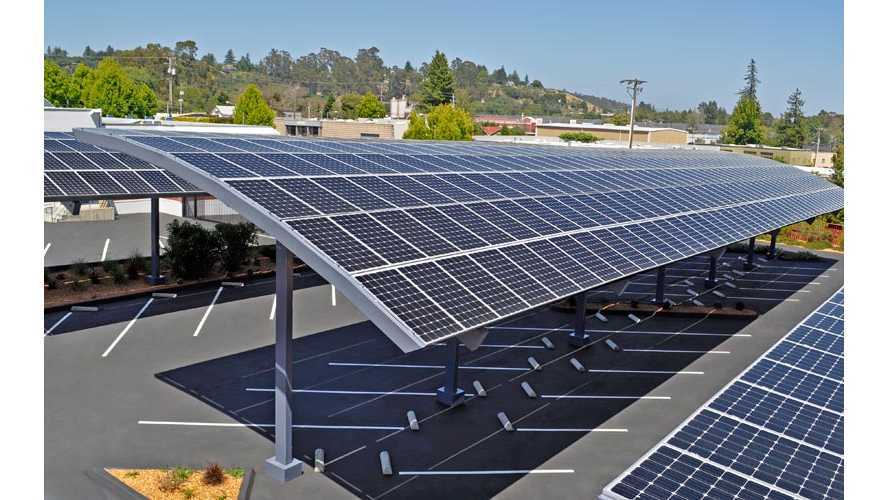 Everything below is a direct quote from Musk during the SolarCity acquisition press conference. TeslaMondo just finagled the questions to make the whole thing more readable and conversational.

Will Tesla ever do vehicle-to-grid?

We’ve debated this since the early days of the Roadster. The early proto-Roasters would do vehicle to grid. But you get a lot of complications with that if you back-flow power through the car into the wall, like when is the car allowed to do that, when is it not, and how much do you allow the car battery to be drawn down. And then people will be pretty upset if the lights are on in the house but they can’t drive their car. So I think the right solution is to de-couple it into vehicle, stationary battery, solar.

Could Tesla use SolarCity to skirt auto franchise laws?

It does open up additional options on the retail front. I think we’ll still be prevented from concluding a car transaction.

What’s the overall rationale for this acquisition?

How did this come about?

It just became increasingly obvious, that as we’re developing the Powerwall and new versions of the Powerwall, particularly as we integrate the inverter electronics and the intelligence of the Powerwall, it really needs to take the solar panels and the solar system into account when doing that — otherwise you duplicate a lot of hardware, and it doesn’t work together as well, it’s more expensive, the installation costs are substantially higher.

An example of synergy?

As you look ahead to Model III, a $35,000 car, that same person at the same moment, we could sell them roughly an equivalent amount of value of solar panels and a Powerwall, effectively doubling, or almost doubling, the sale at that time, and then putting it all in at the same time . . . It’s quite difficult to create an integrated product if you’re forced to be at arm’s length and be two different companies.

It’s absurd to treat SolarCity like a stranger, yes?

What’s so enticing about SolarCity, besides your hand in it?

I’d love to talk about what’s going to happen on the product side. That would shed a lot of light on this deal and why I think it makes total sense, really a no-brainer, but I can’t talk about internal, non-public plans . . . While, do date, SolarCity has not been significantly differentiated on the product side, to the solar panels themselves, they certainly will be in fairly near future.

But what about SolarCity’s tenuous financials?

They are headed to cash-flow positive position within the next three to six months at the outside. That’s where the company has been steering itself, reducing their growth rate at some degree to achieve that cash-flow positive position, but they’re very clearly on their way to getting there in short order. So we expect it to be net cash generator, not a user of cash.

Are you trying to change the world or something?

I think you’ll be telling your grandchildren: Yeah, you wouldn’t believe the things we used do. We used to dig up the liquidized remains of dinosaurs and old plants and put them in cars and burn them to move, and did the some thing with power plants. And they’ll be like: That sounds crazy. We’re trying to have the non-weird future get here as fast as possible.

Talk a little more about the integration potential.

What allows us to offer the most compelling product to consumers and businesses? A seamlessly integrated product that always works together — that’s better. You don’t want to have a heterogeneous systems integration problem. That’s basically where the interfaces break down, and people are pointing fingers  saying: This didn’t work — No, your thing didn’t work. If it’s just one integrated system, there’s no finger-pointing. You can iron out all the bugs, and it just works. And you’re not wondering: Should I blame the solar company, or the battery company? It’s a pain in the butt to try to figure that out if you’re the end customer. I think we can guide the integrated product to just be right. To be better.

How big is the solar market?

Only about one percent of US homes have solar. So you have a massive addressable market that’s unserved. That’s at least 40 to 60 million households that could do solar if they wanted to, if the economics were right, and they liked the aesthetics, and it was easy to do, then they would do it. So the future market there is really gigantic.

You sure this won’t slow down Tesla?

From my standpoint, this makes Tesla’s future execution easier, not harder. The Powerwall and Powerpack need to be designed together with the solar system, so it’s a one-piece thing. We really can’t do that if we’re two separate companies.

Cost of sales. What happens there?

Looking ahead to selling Model III, something on the order of a $35,000 car, if we’re selling Powerwalls and solar systems of comparable value and doing so in the same sales footprint, with the same person, our cost of sales should drop in half, as would SolarCity’s correspondingly. Maybe it’s not entirely half, maybe it’s 30 to 40 percent. It’s a very substantial drop on SolarCity’s side and also a material drop on Tesla’s side. You’re basically selling almost twice as much in a single transaction as you otherwise would. And then on the installation setup side, it’s one crew, and one visit, instead of two or three visits. Ongoing maintenance is one point of contact and not two or three points of contact. The cost of the system itself is lower because we’re not duplicating hardware. I think that all makes lot of sense.

What’s the single biggest benefit to Tesla in this acquisition?

The biggest asset that we’d be acquiring are the installers — the installation team of SolarCity, all the people trained in doing the permitting, and the paperwork, and all the complexities that exist in municipalities throughout the country, and understanding how to deal with 37 different roof types, and having efficient logistics infrastructure for doing installations, and then there are some strengths in the SolarCity sales side that we can take advantage of.

I think as a combined automotive, power storage and power generation company, the potential is there for Tesla to be a trillion dollar company.

What’s so great about Tesla?

How is the Gigafactory coming along?

Our engineering team has worked very closely with Panasonic to make dramatic improvements to the cell manufacturing efficiency. We think we’re probably approaching 3x the efficiency of the best plant in the world. That’s pretty good. But there’s room for improvement. Cells are going through that thing like bullets from machine guns. In fact, the exit rate of cells will be faster than bullets from a machine gun . . . Come to the Gigafactory party. It will be an eye-opener.

How are your biggest investors reacting?

It’s interesting to look at the feedback I’ve received since we’ve made the announcement yesterday. Anyone who is product-focused sent me a congratulatory note, sort of a why didn’t you do it sooner sort of message. The people who are finance-focused are a lot more worried about it. In the long run, the value of a company is defined by the value of its products and services. That’s real important to bear in mind. That’s why companies exist. The value of a company will follow the value of the product.

What about working with other solar companies?

What about cheap Chinese products?

One advantage of the Silevo technology is that it has significantly higher efficiency that the very low-cost Chinese panels. So on the same surface-area of roof, you can get as much as a third more power. And aesthetically-speaking, the Silevo panels look better. They look a LOT better. And if it’s done right, we can make your roof look better with solar panels than without. This is a night-and-day difference.

The timeline to efficiency gains?

From the point which the deal is done, it should be meaningful and noticeable by the second full quarter after the acquisition is completed. I’m highly confident that will be the case.

Before we close, can you entertain us by talking like an engineer instead of a normal person? Just once, for the kids?

Let’s say somebody’s got a $400,000 house. If you make the roof look ugly, then arguably you’ve made that house worth five percent less, or some non-zero percent less valuable. On the other hand, if you make the roof look beautiful, you’ve made the house more valuable. And maybe that’s PLUS five percent or some non-zero plus percent in the value of the house. If it is something on the order of five percent, then the value delta there is, call it $40,000, or say it’s something like two or three percent, then it’s $20,000. You know, you have quite a big value delta.

TeslaMondo translation: Beautiful solar panels can pay for themselves by boosting home value.