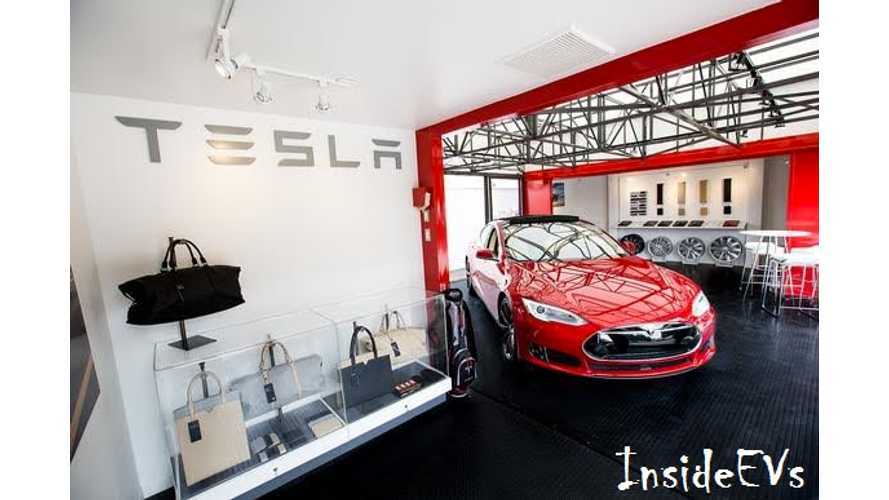 If we believe what we read, we should conclude that car salespeople are more keen on smoking and texting than assisting mankind’s shift to electric vehicles. Consumer Reports told us so, albeit not exactly in those words, and now the NYT concurs.

Even some auto manufacturers don’t like to sell EVs. FCA chief Sergio Marchionne, in a move he will regret someday*, outright flogged EVs by begging the public to avoid his electric Fiat because it represents a loss to the company. Yet Tesla sells EVs pretty effortlessly, without even advertising them, and at premium prices. Why?

While number 1 gets the headlines, number 2 is quietly getting some much-needed attention. Lexus says it’s watching Tesla’s retail model very closely. TeslaMondo’s sources inside Toyota speak of a new “transparent” process in the works. BMW has opened a mall store already. And now Audi plots a retail re-boot. So Tesla is simultaneously eroding century-old complacency in both auto development and auto retailing. At last, some fresh thinking. It will be interesting to see how Tesla’s service model withstands the exponential sales growth. Will we witness broad change in automotive servicing too? Probably, and just in time for autonomous pay-per-use cars to force a thorough re-write of this post.

*Can you name a single instance when flouting technological change has worked out swimmingly for any company?

*Editor's Note: For additional background and insight on the New York Times story, check out our coverage here.  Interested in checking out more of TeslaMondo's work? You'll find it all here.