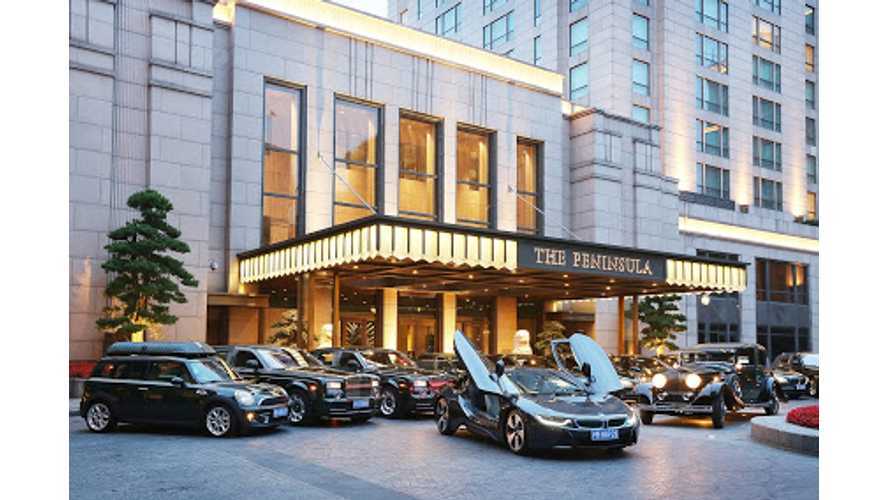 Guests who have stayed at The Peninsula Shanghai may have already experienced riding either in one of their Rolls Royce Phathoms, BMW 7 series or Mini Coopers. The newest member added to the five-star hotel fleet is the BMW i8 (which could be a heavily discounted unit as the hotel chain did make a single largest fleet purchase of 14 Rolls Royce Phathoms in 2006 until it was broken last year by another hotel resort in Macau Louis XIII ordering 30 to ferry wealthy mainland guests).

BMW Group has been actively promoting electric mobility in China since the company handed over a BMW i3 to the Kempinski Hotel Beijing last year. The BMW Group has been working with major Chinese state and local enterprises such as the State Grid, Shanghai Electric Power, Expo Shanghai Group, Vanke Group and Swire Group to encourage the construction of public charging networks in China.

As for private i customers, they are being assisted to make changes to electric driving by receiving free BMW i wall-boxes including installation.

Is this the beginning of hotel chains deploying more environmental friendly fleets and will Peninsula Hotel break another record with BMW Group on a single largest i-fleet purchase?
++