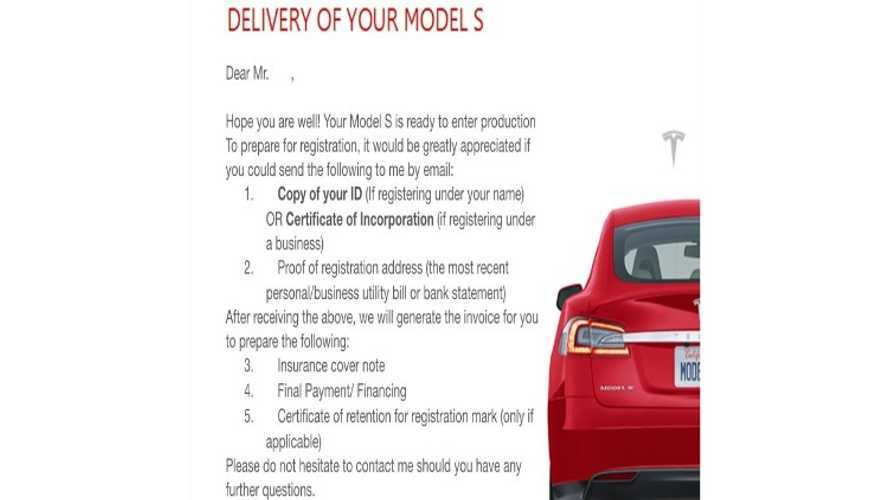 Some of the Hong Kong Tesla buyers were thrilled when they received the above email in the past week. The city will probably be one of the first few locations to receive the Right Hand Drive version of the Tesla D models.

Reading messages from Tesla Motor Club forum, some of these buyers waited since the announcement of the D models last September. A few enthusiasts I spoke with are planning to trade-in their one year old P85+ for the insane mode experience.

The earliest batch of deliveries are targeted for late August, as stated in individual buyer's Tesla account, but some noticed that date was removed in recent weeks and replaced with the preferred month when the order was placed.

Let's hope we can see some RHD D models on the roads next month.