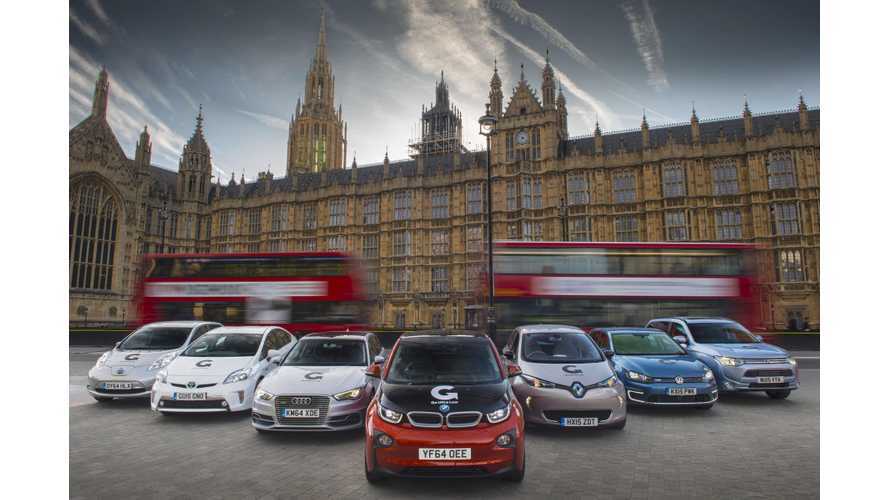 What do you do when a plan really starts to work?  Apparently, you question it.

The UK Plug-In Car Grant, which recently was changed and extended to 2018, will now be reviewed in 2017.

Plug-ins sales in the UK are booming , and after a strong February, there are thousands of new orders placed, just waiting on delivery.

Some even speculate whether the £400 million alotted for  the Plug-In Car Grant will be enough by 2018 if the growth continues. Depending on the situation, the Department for Transport could modify the scheme again.

"The government may review its plug-in vehicle grant for Ultra Low Emission Vehicles (ULEVS) due to the high uptake of cars that qualify for the scheme."

It has been reported that more than 11,000 applications for grants were received in February alone, prompting speculation that the government could change its plug-in grant scheme.

While the government has already pledged to continue offering the grant until 2018, a review of the service is planned for next year. A Department for Transport spokesman told Autocar that the government was "constantly monitoring the market for changes. If the new tier system shows a large change in sales we may need to look at it to ensure the £400 million pot of taxpayer's money is spent in the right way."