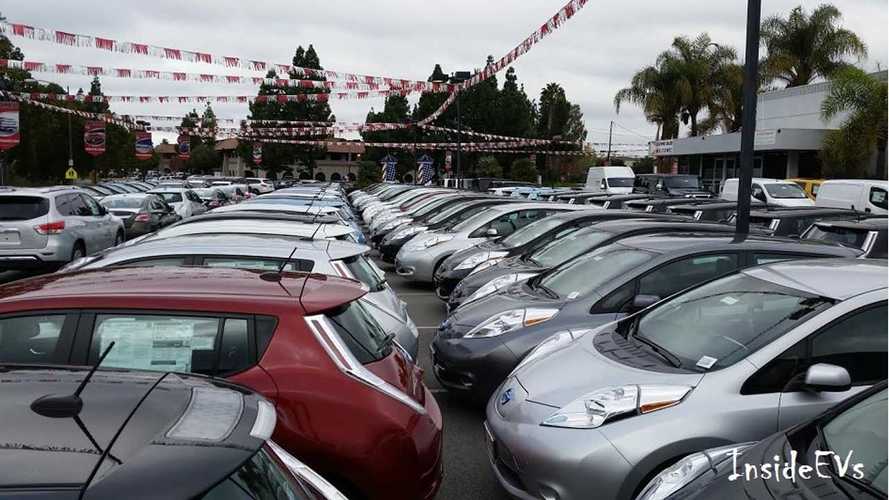 In Colorado, three counties joined forces to offer discounted group purchase rates on electric vehicles. Adams, Boulder and Denver were the first counties in the U.S. to run a program of this kind, and the numbers proved its success. This deal made ownership cost of an EV comparable to most cheaper new car models available.

Proposals were sent to several dealerships in the area to secure the best deal. A large purchase of 200 cars or more at a time guarantees a substantial cost reduction to buyers. Dealerships may even be compelled to sell at cost to achieve the volume bonuses offered by manufacturers.

Boulder Nissan won the bid and offered LEAF purchases with a $8,349 discount The buyer could purchase a LEAF S for $12,130 after the tax credits. Those with qualifying credit also received zero-percent financing for six years. Free access to DC fast-charging for two years was thrown in as an additional benefit. The SL sold for $14,780 and the SV for $16,685.   (Also see details of this Northern Colorado deal for $9,007 off an S from last November as an example)

In four months, 248 Nissan LEAFs were sold. Previous to the program only 52 were sold in the same time frame. In Larimer county, a comparable program saw sales jump from four LEAFs per month to 26. When surveyed, only 28% of those that took advantage of the program admitted to intending to purchase electric prior to the offer.

Programs similar to this are currently in place for solar energy in the same counties, and have been offered elsewhere for years. Instead of costing the government additional money on incentives, the programs accelerate purchases and stimulate the economy.

This situation seems to be a proven win for all sides involved. It will be a surprise if more groups don't catch on and begin offering similar deals.