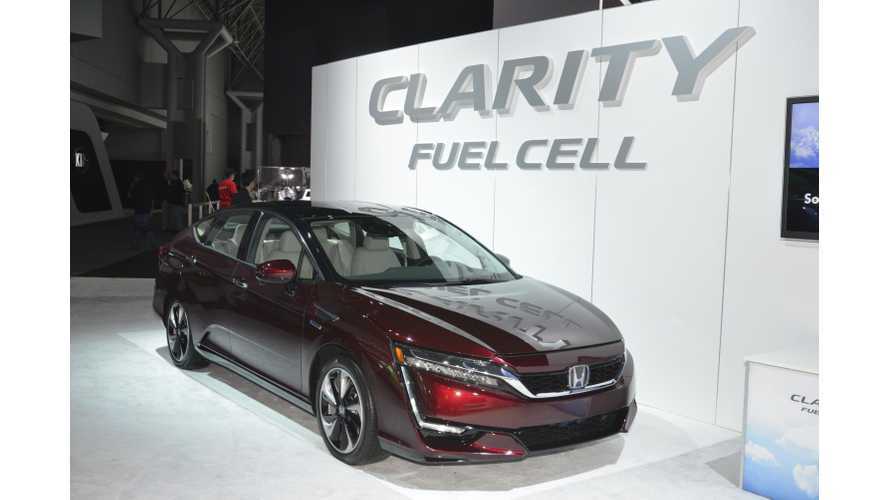 Honda really treats the Clarity Fuel Cell as a global mainstream model, presenting it at all the major auto shows around the world.

However, despite Honda and Toyota public positioning of hydrogen technology as a pillar of near-term mobility, production numbers (and future sales estimates) are still strictly akin to an early pilot stage at the moment.

Only 200 Clarity Fuel Cells  are to be made/delivered in the first year, with the first units already recently delivered in Japan.  The  U.S. rollout is expected to begin later this year.

Honda said that pace of introduction depends on the hydrogen infrastructure availability, which in regards to the US we know has been lackluster to say the least.

Monthly lease for lucky few who apply and are accepted should be below $500.