Like it or hate it, The Plug-In Prius Prime Is The 3rd Most Important Plug-In 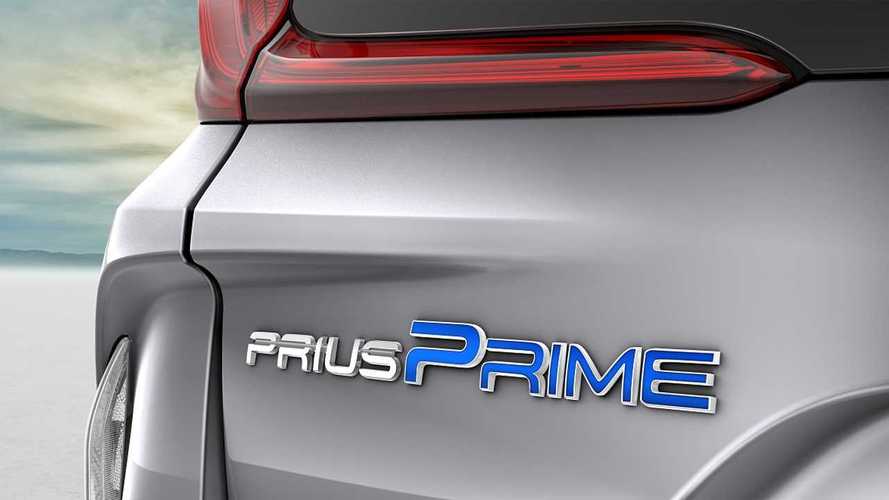 From the original announcement of the 4th generation Prius, the plug-in version has been a mystery to me.  Why was the plug-in version not released at the same time?  Why the delay? The original Plug-in Prius has been out of stock for quite some time (production ended June 2015).  The RAV-4 EV was discontinued.  Toyota was no longer selling any car with a plug on it. Did they just not care about plug-in cars anymore due to their infatuation with hydrogen fuel cells?

Many things caught me by surprise.  The first thing I noticed was the sheer fact that they changed the name from Prius PHV (or Prius Plug-in) to Prius Prime.  I kept asking myself, "why did they do that?"

Then I began to see how very different this car is from the regular Prius 4th generation hybrid.  As I watched them unveil the huge Tesla-like touch screen and talk about the car's features I realized that this was going to be big.

2017 Toyota Prius Plug-In - Not Only Gets Its Own Name, But Its Own Styling

Now, this won't be obvious to many EV enthusiasts, especially based on the comments I read on many websites, most of which were poking fun at the EV range of 22 miles.  And let's not beat around the bush.  I agree with most of those comments.  I drive a 2013 Volt which should be behind the times, by comparison, and yet I get 16 miles more range than that.

But I'm an EV enthusiast and I am very familiar with all of the EV cars out there. And while I wouldn't buy this car for myself, I can still see the bigger picture and realize why this car is going to be big.

To understand why, we can start by looking at the previous generation of Prius Plug-in.  Yes, it had an abysmal 11 miles EV range.  Many people would often (incorrectly) cite the 6 mile range listed by the EPA due to their testing method and the inability of the old Prius Plug-in to lock out the gas engine when accelerating hard.

That vehicle was only available in CARB states and was indistinguishable from the regular Prius hybrid to all but the trained eye.  It was very much a "compliance car" for CARB.  Yet, despite all of that, it often out-sold many of the more capable plug-in hybrids and was almost always somewhere in the top 4 sellers of EVs. In fact, it ranked in as number 4 best-selling plug-in for 2014. (all-time monthly/yearly plug-in sales charts for US can be found here)

I haven't seen any hard evidence, but instinct tells me the reason they sold so well despite their poor performance came from two major advantages.

The first is that it carried the Toyota Prius name badge, which has earned itself a fantastic reputation over the last 15 years or so. People associate Toyota with quality hybrid products.  General Motors, on the other hand?  Not so much.

The second advantage is that it was easy to convert regular Prius buyers to Plug-In buyers at the dealership level. The regular Prius already sells by the millions. After all, there was virtually no downside to getting the Plug-in over the standard hybrid.  There was no lost cargo area, like Ford's products.  With the tax credit, it ended up being about the same price as a well-equipped regular Prius.  Even if people never plugged it in, there wasn't much to lose. From a manufacturing standpoint, the original Prius Plug-in shared almost every component with the standard hybrid.  It was basically designed to be as cost-efficient as possible for a low-production vehicle.

So let's go back to the new Prius Prime. So forgetting about the un-competitive 22 miles of EV range for the moment, let's talk about what makes it really special.

2017 Toyota Prius Prime From Above

First of all, the reason for the delay is now obvious.  The car is very different from the regular hybrid model.  It is it's own car. While it does share some parts with the regular hybrid, both the interior and exterior are very different.  Toyota wouldn't have spent the R&D money to develop this vehicle as a separate car unless they planned to sell a lot of them.  That would also explain the new name.  This, again, distinguishes it from the regular Prius hybrid.  And to top it off, they have already said it would be available in all 50 states from day 1 (which come around November of this year).  So it is no longer a compliance car

So what is my prediction?  This car is guaranteed to sell better than the last Plug-in Prius.  If Toyota took General Motors' approach to selling the Volt, and just shipped this car to their dealers and didn't bother to advertise it, they would probably still easily sell 2,000 units per month.  That would beat out most EV and PHEVs on the market.  But, I don't think Toyota is going to take that approach.  Like I said, I don't think they would have developed this car like they have unless they planned to make it worth their while.

I suspect Toyota will actually try to sell this car.  So my prediction is that it will sell 3,000 to 5,000 units per month.  So until the Tesla Model-III comes out, the Prius Prime may end up being the #1 selling plug-in on the market.

And while it may not be the most competitive vehicle on the market from a perspective of EV range, it will likely be less expensive than most of the competitors. It has more range than Ford's Energi cars, and many other PHEVs that have less than 20 miles of range.

Flooding the market with a mediocre PHEV is not a bad thing.  Just like Tesla has helped raise awareness of all-electric vehicles, the Prius Prime will likely do the same for PHEVs.  It isn't likely to steal any sales away from the Volt, Leaf, Tesla, or BMW i3. It might steal a few from the C-Max energi, which is doomed anyway.

For the most part it will simply increase overall sales for the plug-in market.  That's a good thing.  And since the range is mediocre, people will want to charge them at work and in public.  That will help create new demand for level-2 charging stations.  And, of course, the people who buy these cars will get a taste of the EV experience.  When it is time to get their next car, they'll want more range.  They may upgrade to a full electric or a better PHEV, again boosting the whole market.

So even though I don't want one of these cars for myself, I am very excited about what this car is going to do for the industry.  Toyota may yet redeem itself for it's hydrogen nonsense, but the Prius Prime may be the 3rd most important plug-in, right under the Chevy Bolt EV and the Tesla Model III.