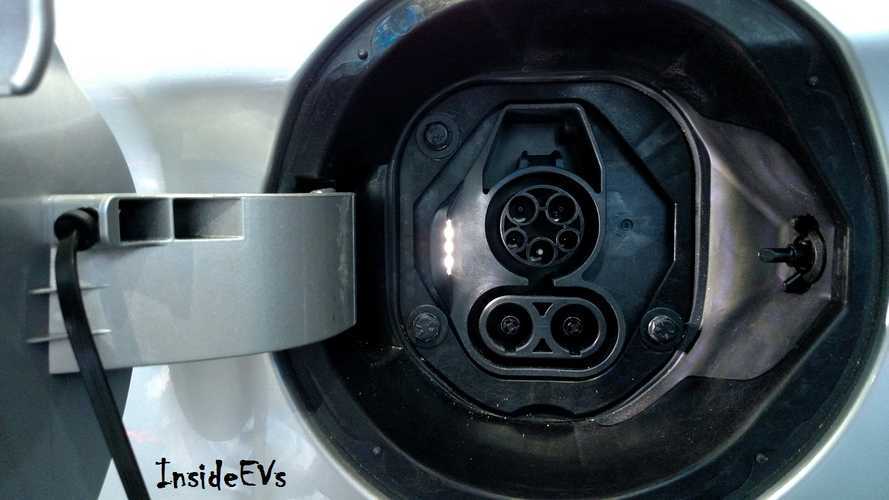 Hyundai has made the choice of charging standard for its first all-electric model that will enter series production in the US. And as we discovered first hand at the 2016 NYIAS, we know for sure it's not CHAdeMO.

The IONIQ Electric on the stage was equipped with SAE J1772 Combo inlet (also called  CCS Combo) with Hyundai claiming 100 kW charging capability (20 minutes recharge up to 80% of 28 kWh battery).

Some thoughts about move to the CCS Combo was also recently shared by InsideEVs' contributor Tom Moloughney, when we spotted the AC Type 2-based CCS Combo inlet in Europe from the Geneva show.

As one can see, there is no space for an additional CHAdeMO inlet, and we can be sure that Hyundai now joins the CCS team (at least in Europe and North America).

Another thought that arose immediately after we realized what Hyundai did, is if Kia (partner of Hyundai) will also follow the SAE J1772 Combo.

Perhaps with a future switch in mind, Kia has already installed multi-standard DC fast chargers at its dealerships (CHAdeMO + CCS Combo), despite the Soul EV being only available with the CHAdeMO. protocol.  It seems just matter of time before Kia too will pull the plug from CHAdeMO in the West.

Of note: CHAdeMO continues to be the standard of choice for the home market in South Korea for both the Kia Soul EV and IONIQ Electric product.