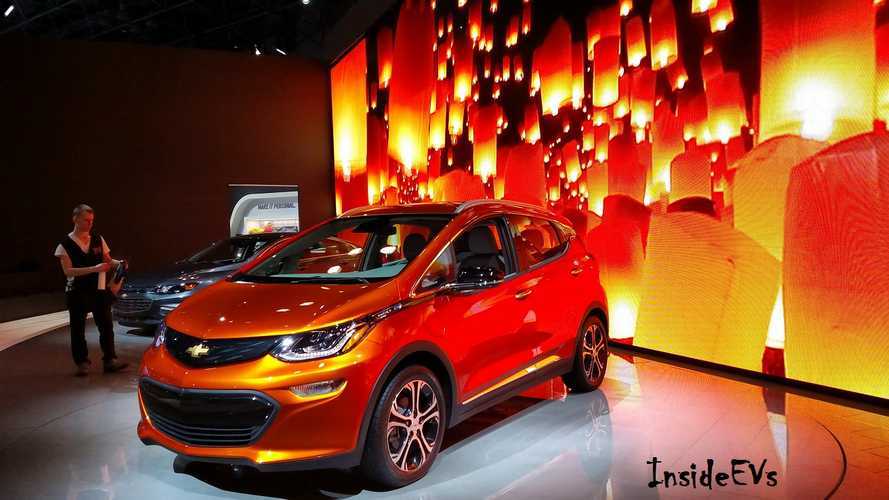 That is the question — for the very few people who are somehow ambivalent about which brand should get their business. Most potential buyers already have their minds made up, even before the ☰ springs from the cake March 31. What makes TeslaMondo so sure about this?

EVs are statements. When you buy abnormal transportation, you believe you’re saying something, about a bunch of things. You are philosophically invested in the purchase. The car affects your social image, and your self-image, much more than a normal car does.* And so you don’t make the decision lightly. Choosing Bolt vs ☰ isn’t like choosing Camry vs Accord. It’s more like choosing a president. Try finding someone who is ambivalent about Trump vs Sanders vs Clinton.

EV buyers, even newcomers, are tech-savvy and therefore net-savvy. They read lots of sites and peruse lots of forums. They know more about Tesla than the average man on the street. And most importantly, they know GM is trying to hassle Tesla. They might know the details (the Bolt photo-ops near Tesla HQ, the Barra jab during the Bolt debut, the GM letters to state pols about banning Tesla, the Bob Lutz dissage**), but even if they don’t know the details, they’re probably aware of some friction, and they’ve already decided how to vote with their wallets.

An EV purchase usually isn’t urgent. Very few people will order a Bolt just because they’re hard-up for wheels and can’t wait for a Tesla ☰.  These buyers aren’t poor or transportation-deprived. If TeslaMondo is wrong about this, and GM really does grab a first-mover advantage, then watch for a flood of three-year-old Bolts hitting the used market circa 2020 as people try to get into a ☰, or even a Y. By then, the Gig should hit full song. Tesla products should be readily-available.

GM has shown its cards. That’s the problem with going first. So how strong is GM’s hand? TeslaMondo sees a pair of sevens. Like, wow.