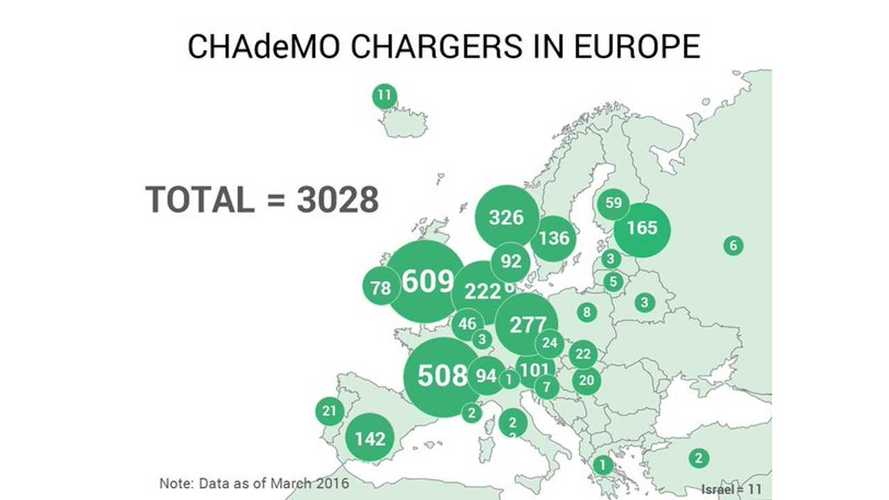 On March 23, the CHAdeMO Association announced that the 3,000 charger milestone had been reached in Europe.

"Operators are busy adding new chargers as we speak"

For some prospective on growth, four months ago it was 2,755.

In the case of Europe, a big, but unknown part of this number, are multi-standard chargers (which feature both CHAdeMO & CCS Combo).

"The number of CHAdeMO DC Quick chargers installed up to today is 10708.