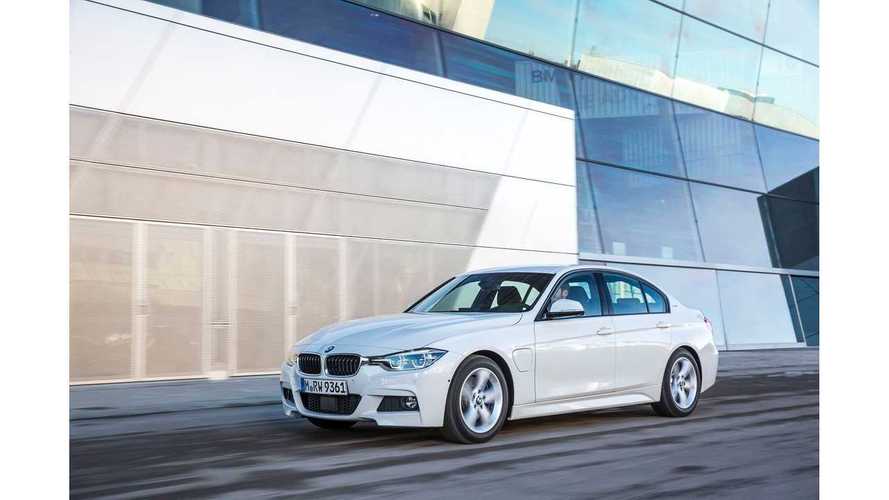 According to some chatter in an online forum, BMW is canceling orders for its plug-in hybrid 330e in the UK.  This as first inventory shipments for North America is just arriving this month.

"UK demand for new, plug-in, hybrid vehicles is so high that some manufacturers have cancelled orders or imposed lengthy lead in times, rumours suggest. A motorist who ordered a BMW 330e claimed via an online forum: “I’ve had the dreaded phone call from the leasing company and I am one of those who had the order cancelled."

“They mentioned they have about sixty-five orders that have been cancelled by BMW. I asked for alternatives and I was told most plug-in electric vehicles have really long lead times including the Mercedes-Benz C350e - (with) expected delivery about July/August.”

This would only be a rumor if it not for these comments from BMW:

“We predicted UK sales of two-thousand five-hundred for the 330e this year, but the demand was much higher than we originally anticipated. We do have high demand across other PHEV (plug-in hybrid electric vehicle) models, but it’s not to the same extent as this.”

“Due to very strong demand we are indeed oversubscribed on 330e. We’re working with affected parties now and will let you know more when we have it regarding future supply.”

Plug-in hybrid demand in the UK is so high that it's leading to long wait times for other cars too. Volkswagen released this statement:

“Last year we took around two-thousand five-hundred orders for (the) Golf GTE - and that number is expected to grow appreciably through 2016. Demand comfortably exceeds supply although we have, of course, adjusted production to accommodate that increasing demand.”

“As such, the time between order and delivery is now an estimated fifteen weeks or so.”

So, demand definitely seems to be strong, but supply is certainly lacking. The same has been true for other plug-in hybrids like the best-selling Mitsubishi Outlander PHEV.