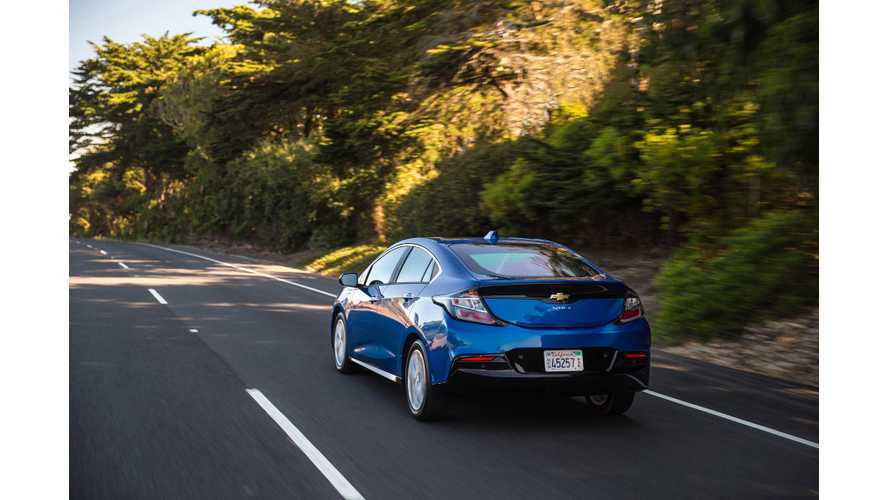 GM President Dan Ammann and GM Executive Vice President and GM China President Matt Tsien announced a five year plan with emphasis on more products and more energy conscious technologies. The company is also focusing on other “value-added” services including financing and insurance, and pushing into the future of personal mobility.

China is currently GM's largest market, comprising over a third of the company's global sales. GM anticipates this to continue increasing 3-5 percent per year.

“GM is very well positioned to participate in this growth. We will continue to focus on the segments where the demand is strong and growing. This has been a key to our success from day one.”

At least 10 new “greener” vehicles (some of which will be plug-ins) will come into the mix, including the Cadillac CT6 Plug-in Hybrid Electric Vehicle. About 40 percent of the vehicles that GM releases in China in the next 5 years will be SUVs, MPVs, and the Cadillac luxury vehicles. During that time, the company plans to introduce 10 new models in the Cadillac line.

“Our core business of selling great vehicles today is what will fund our investment in tomorrow. The China market is maturing and it will still be a tremendous source of growth for us in both the short term and the long term.”

GM plans to vamp up “value-added” sevices through its SAIC-GMAC partnership. The joint venture is already the biggest auto finance company in China. It is speculated that by the end to the decade 40% of Chinese car buyers will finance. The figure is already at 30%. This should help buyers to more easily afford the new energy vehicles. The partnership will also aid customers in obtaining insurance.

Technology and the future of personal mobility is also a huge push for GM. The company has about 500 connectivity patents. By the end of the year GM will have 12 million vehicles on the road with On-Star, and by 2020, 75% of its global vehicles will be connected.

GM will be investing $500 million in an alliance with Lyft to create an “on-demand” autonomous ride-sharing service in the U.S. The company also launched its own car-sharing program called Maven. It will expand this through a pilot program with Shanghai Jiao Tong University, similar to the one already in place at University of Michigan. Very recently, GM acquired Cruise Automation for $2 billion. The small software company will be integral to GM's ability to delve deeper into autonomous vehicle technology.