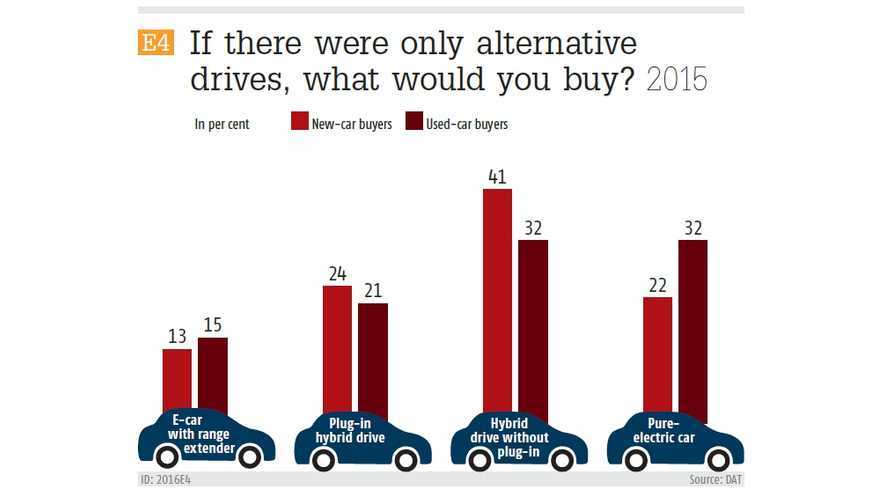 The Dat Group (or Deutsche Automobil Treuhand GmbH if you will) has put out its 43rd annual report on the behavior of new and used car buyer in Germany.

Thankfully this year the outfit has translated that survey in English...and also expanded the results to give more prospective on German car buyers (both new and used) opinion on plug-in vehicles.

Do they know what they are?  Do they care?  Will they buy them?

If interested, we encourgage anyone to check out the entire report (and a lot more information) here. Below find some of the highlights via infographic form: