A123 Systems Announces New Manufacturing Facility In The Czech Republic 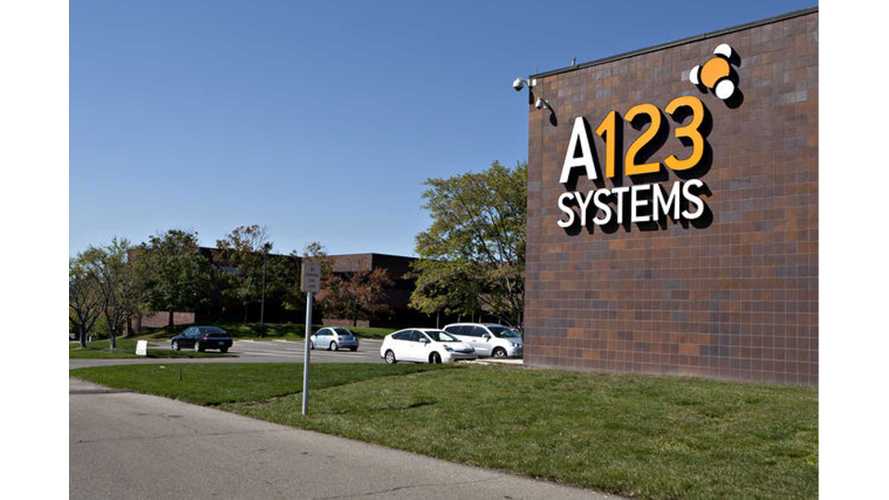 A123 Systems didn't had much luck with plug-ins in the early beginnings of the tech several years ago (Fisker, Chrysler ENVI program, failed attempt to supply THE Chevrolet Volt), but under the Wanxiang Group, the company seems to not only back in business, but growing steadily.

Most recent announcement is for a new manufacturing facility to be opened in the Czech Republic, in the city of Ostrava (Europe).

A123 Systems intends to produce lithium-ion batteries at this factory, but for low voltage systems (12 V starter batteries and 48 V batteries for micro-hybrids). The site will begin with a capacity for over 600,000 units (of undisclosed amounts) annually.

Because of the R&D center in Germany, we believe that A123 was awarded significant orders as a result from for German manufacturers like Daimler (Mercedes S Class 550H).

With having a manufacturing facility in Europe, there is always chance that A123 Systems would expand to further plug-ins  at some point in the future.

"The company currently operates manufacturing facilities in Hangzhou, China, Changzhou, China and southeastern Michigan in the United States. The opening of the new facility is the result of a substantial surge in European market demand for low voltage automotive products, a strategic focus of A123. The new plant will complement A123’s existing technical center in Stuttgart, Germany.

With the assistance of CzechInvest, A123 will open the manufacturing plant in Ostrava and expects to begin production in the second half of 2016. This European location will establish regional assembly of A123’s advanced 12V Lithium-ion starter battery and next generation 48V battery and cost effectively support the growing market demand. By providing an alternative to traditional lead-acid technology with an environmentally conscious solution that delivers lower emissions and increased fuel economy benefits, A123 has strengthened its market leadership for micro-hybrid battery systems."

"The Ostrava facility will be located in an industrial park operated by CT Park, with adequate opportunity for expansion as the business continues to develop. The system assembly capacity in phase one of the factory will exceed 600,000 units per year and the company expects to reach this level of production in the next few years based on business it has already been awarded."

"Our new business wins in the micro-hybrid market have validated A123’s strategy and given us an opportunity to expand our global manufacturing footprint. Our recently announced technology advancements related to high power chemistries have resulted in over $1B in new low voltage business awards globally in the last 15 months. We are honored to be the market leader in this space."