German Plug-In Market Increased By 77% In February To 2,000 Units 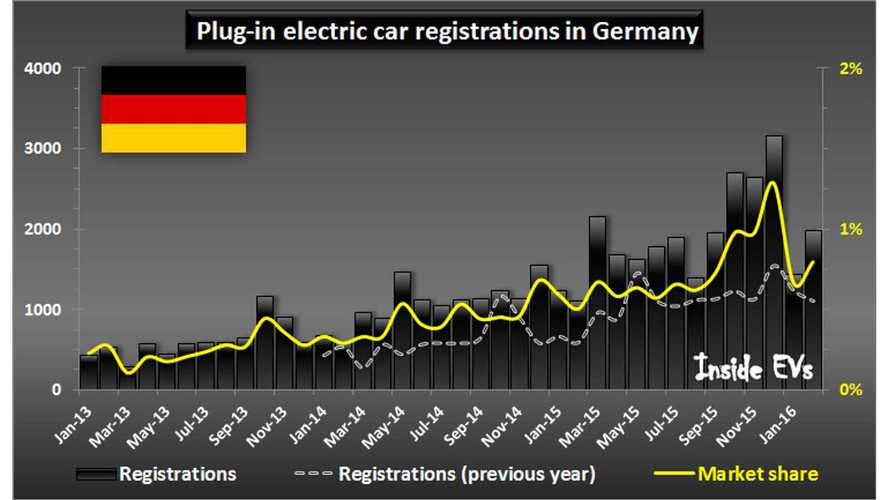 It's nice to note that both categories moving up (and not just via a strong showing from one particular BEV). The growth could even be set to take-of further if a new incentive package goes through as expected.

The overall plug-ins market share also increased from 0.5% year ago to 0.8%.

Largest player in Germany is Volkswagen Group (Volkswagen, Audi and Porsche), which alltogether holds nearly 40% of all plug-in registrations (nearly 800).

The Tesla Model S noted 91 registrations. After two months, 129 registrations, which  is 55% more than year ago.