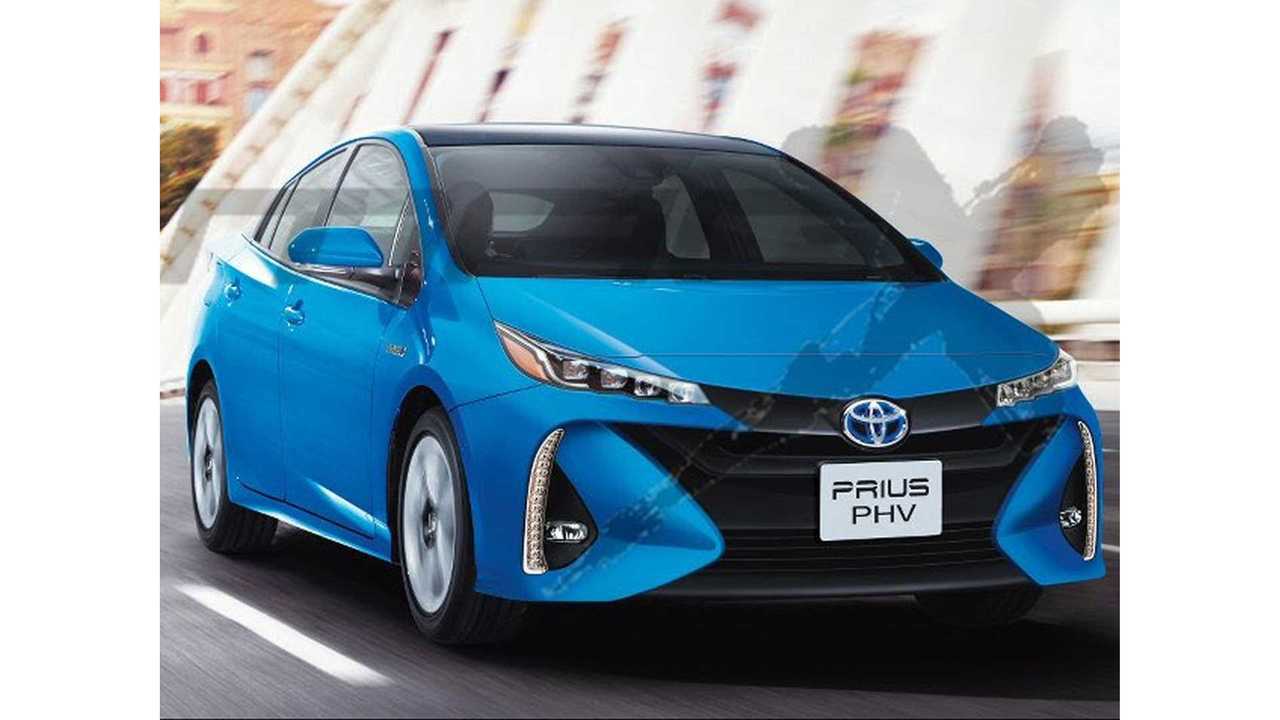 According to a Japanese site, we are getting a first look at the new plug-in hybrid Prius a couple days early (the car should debut this week in New York on Wednesday) which is of course based on the new Prius hybrid.

The previous generation of Prius plug-in had a 4.4 kWh battery, good for 11 miles EPA range (17.7 km EPA).  Unfortunately, the model ended production last June, which has left Toyota without a mainstream plug-in model to sell.

Some other reported specs on the Prius:

In Japan, the new Prius PHV could enter market in October, which is ahead of (oft-delayed, but recently revised) schedule of a late 2016/early 2017 arrival. We hope that the U.S. debut and sale will also be well under way before the end of the year.  We expect Toyota to fill us in on such details on Wednesday during the official release.