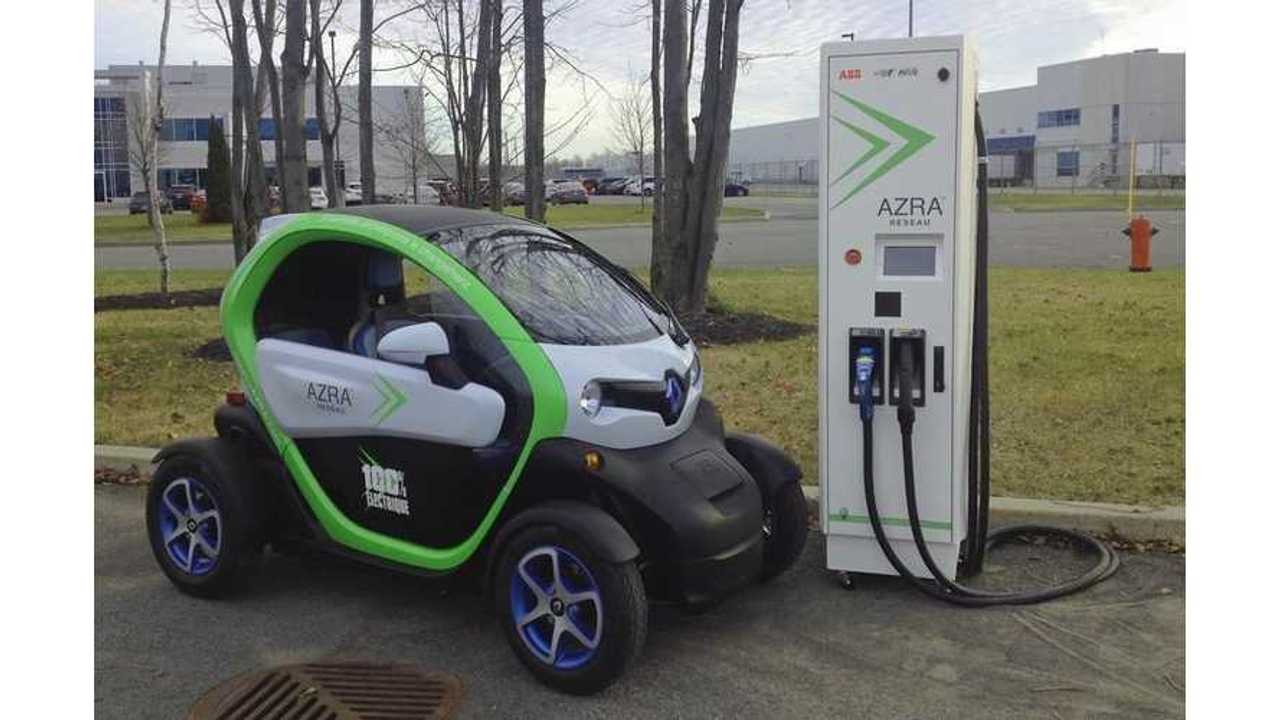 This week our friends at Renault dropped us a line that the Twizy 40 will soon be available in Canada.

The Twizy 40 has just cleared that last regulatory hurdle to allow the all-electric Renault quadricycle to be sold in the country, as it has now been certified by Transport Canada.

The Canadian Renault Twizy (Twizy 40) is fitted with a type-1 charging cable and side reflectors. With speed capped at 40 km/h, it comes under the Canadian category of low-speed vehicles (four-wheel electric vehicles with top speed from 32 to 40 km/h).

The cars are available through AZRA Canada, and go on sale this summer.

We spoke to a Renault representative about the launch, and were informed that there will be a press event in Montreal (on April 15th) to announce more specific details on its price, specs, and regions of availability.

Our expectation is for mostly early sales in Quebec, as in some provinces (such as Ontario) the Twizy is not yet cleared for use on public roads.  AZRA does hope to sell it throughout Canada at some point.

The Twizy has a maximum range of 100 km (62 miles) based on the NEDC standard, which is equal to about 40 miles (65 kms) on the US EPA standard.  As for the more able Twizy 80 (as in 80 km/h top speed) says it is a possibility someday, but currently there is no category for it to slot into.