London Gets Its First All-Electric Double-Decker Bus Via BYD 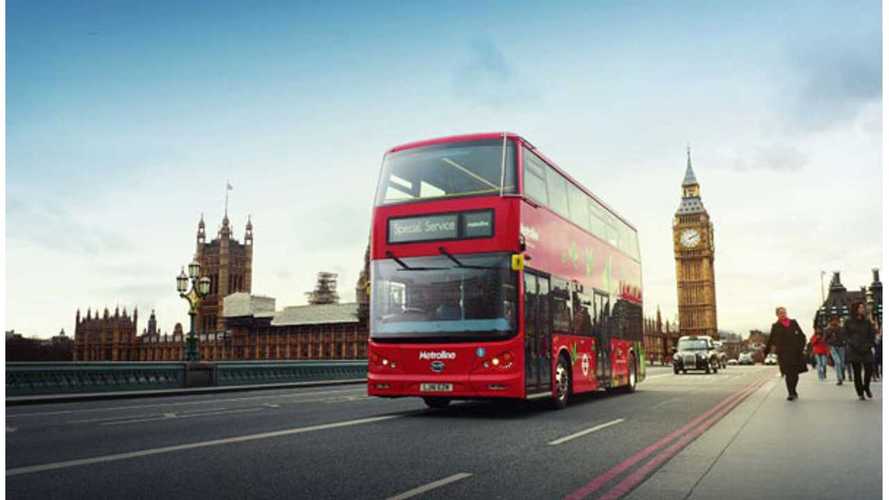 BYD makes history (what else is new?) by delivering the first pure electric double-deck bus on the streets of London - we believe for revenue service.

The vehicle was designed and developed for "Transport for London" (TfL) and presented in late 2015.

Soon five such double-deckers will be carrying passengers along Route 98.

"Held at City Hall, the event saw Deputy Mayor of London for Environment and Energy Matthew Pencharz formally receive the first bus from Isbrand Ho, Managing Director of BYD Europe. This vehicle is one of a fleet of five which will shortly be entering service on Route 98 operated on behalf of TfL by Metroline. BYD is working with TfL and Metroline on an introduction programme which includes driver training and the installation of fast charging equipment at Metroline's Willesden Bus Garage in north London."

"The Mayor of London challenged us saying that he did not believe an electric double decker was technically feasible but we took up the challenge and in less than two years created the bus Londoners can see today. This is not a hybrid bus but a totally emissions free product which will give London a world leading position in its efforts to improve air quality".

"BYD are a brilliant supplier. They lead the world in electric bus technology and we thank them for their efforts to make this new double decker a reality".