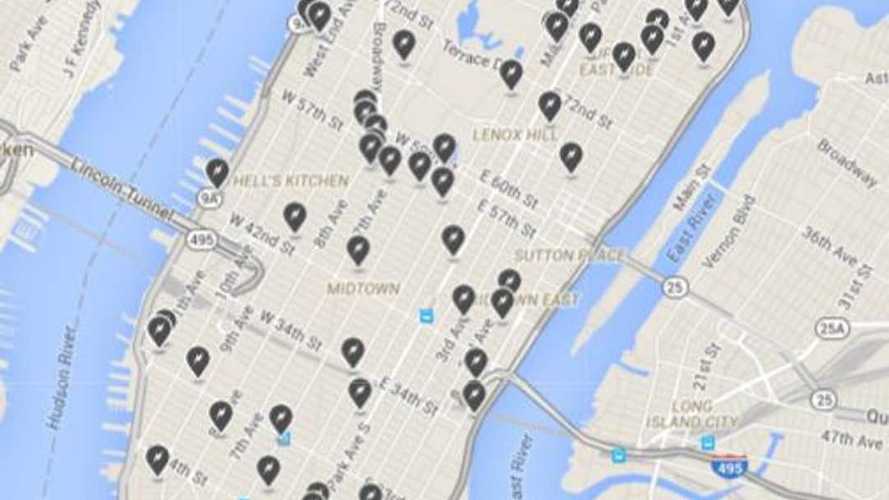 "Looking to make driving less of a pain for the 1,500 Big Apple owners of its electric cars, Tesla motors plans to greatly expand its network of Manhattan charging stations to 105 by March 31, The Post has learned."

"Each will be able to provide a full charge in as little as four hours — and most will be free to Tesla owners."

"The expansion, green-lighted by Tesla founder Elon Musk, means there could soon be three times as many electric-car charging stations in Manhattan as gas stations."

One glance at the Tesla charger map reveals that all of the Manhattan Tesla chargers are of the destination charger variety, which are typically 80-amp High Power Wall Connectors. Some of these sites have J1772 Level 2 chargers attached. Most of the chargers are free, but a lot of them are in parking structures where you either need to pay to park or to  have an access card to gain entry.

"As of Thursday, Tesla had outfitted 68 Manhattan garages with “destination chargers,” which can add about 60 miles of range per hour of charging to a Model S or Model X."

"By September, there will be a Tesla charging station every three blocks..."

“...in an effort to tackle the need for urban charging, we expanded the program and partnered with public garages that offer parking both by the hour or the month."