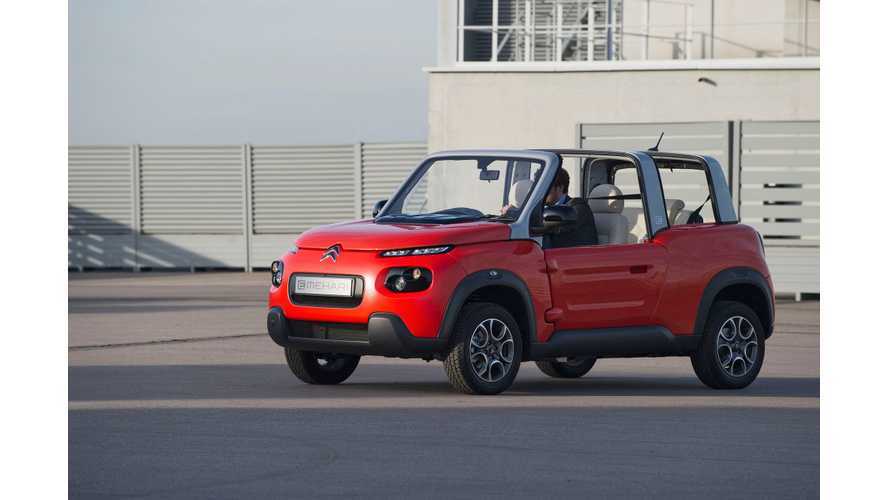 Citroën E-Mehari noted its first teken registations in France this month, and the order books are already open.

The latest recreational EV from PSA was presented in Geneva and should make its market debut this season - with an ultimate production goal of 1,000 units a year.

Batteries for Citroën E-Mehari are provided by Bollore's BlueSolutions, a company that never sells its batteries - always leases.