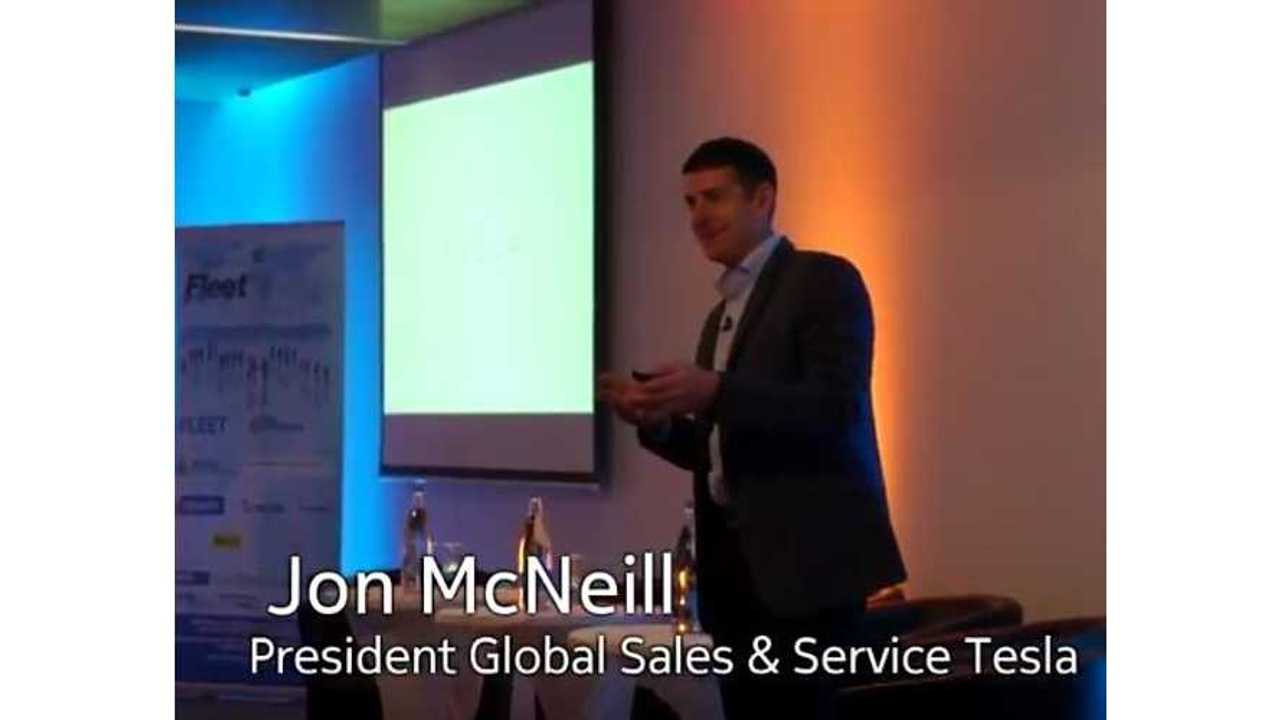 Since Jon McNeill is relatively new to the Tesla scene, here's some background on him before watching one of his first major speeches for Tesla.

McNeill served as CEO of software company Enservio for the past 13 years and co-founded Sterling Collision Centers, a nationwide auto repair firm that was later acquired by Allstate Insurance.

McNeill  was awarded the “Most Admired CEO” by Boston Business Journal and was named Ernst & Young’s Entrepreneur of The Year before joining Tesla in November 2015.