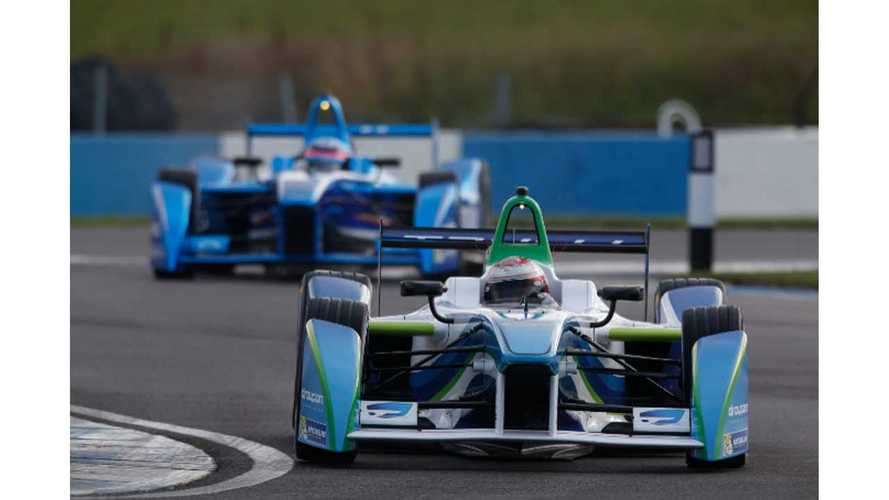 Reports confirm that both Nissan and BMW are having discussions about joining Formula E global all-electric open wheel racing series. The word is that both companies are talking with teams about getting involved as soon as the third season, which begins in Hong Kong on October 9th, through July 30th in New York.

BMW has been a provider of safety and medical cars since the beginning of Formula E, but has not entered the series due to the requirement of swapping cars mid-race (due to battery capacity). However, Formula E will be moving to a single-car race by the fifth season.

Nissan has also been involved in the series in another capacity. The company has supplied electric powertrains to ally Renault.

Formula E has had involvement from international companies such as Renault, Citroën, Mahindra, and McLaren. Jaguar will be joining in season three.

The series is being "seriously considered by a number of manufacturers."

Manufacturers were allowed to join the series starting in the second season after each of the 10 teams were required to run a spec car in the inaugural season. The auto companies were given permission to work with teams to develop drivetrain components for the cars.

BMW and Nissan won't have time to develop cars by the third season, as other teams are already in the process. In order to participate, the companies will most likely have to join current teams.