BMW i3 Coming In Protonic Blue This Fall 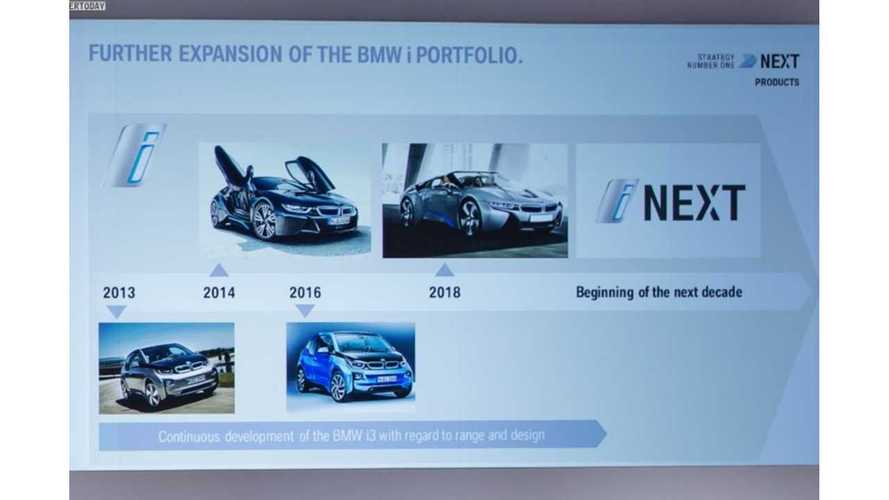 The 2017 Model Year BMW i3 will get a significant increase in range, but that's not all that's new with the i3.

According to a slide shown by BMW CEO Harald Krueger, Protonic Blue is expected to be added to the i3's color palette.

"In addition, the small photo supports the information from our sources that the BMW i3 will be updated without an optical facelift."

"This year, only three of the six colors have made the cut: Capparis White, Ionic Silver and Solar Orange. The new paint jobs offered are Fluid Black, Platinum Silver and Mineral Grey."

Visually, the slide seems to show a 2017 i3 that's unchanged on the outside, except for the new color.