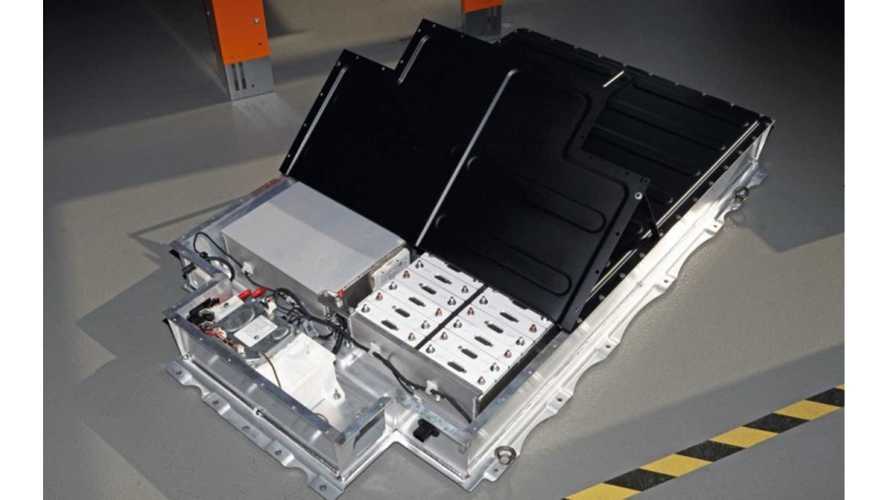 Ever since last October when BMW CEO Harold Krueger stated that the 2017 BMW i3 would have an increased electric range, there’s been speculation on how they would accomplish it.

While BMW hasn’t made any official announcements yet, it’s widely believed that BMW will be using the new Samsung 94Ah battery cells for the 2017 i3, of which I first speculated here, back in November.

The current i3 uses 96 Samsung 60Ah battery cells which are 3.75v ea. This adds up to a total of 21.6kWh (96 x 60 x 3.75 = 21.6). The new 94Ah cells are the same physical size and voltage so an upgrade to these cells would mean BMW could use the same modules and battery tray, greatly reducing the cost as compared to engineering all new packaging for the new cells.

So we know for sure that the 2017 i3 which begins production this summer will have increased range from improved battery cells, and we believe we’ve figured out which cells BMW will be using. The next logical question then is: Will that be the only battery available for the 2017 i3, or will BMW also continue to offer the current 60Ah cells as a lower cost battery pack option? We say the latter.

As a comparison Tesla has always offered different battery pack options for the Model S. That, along with direct sales and the Supercharger network been part of the fabric which has made the Model S so appealing to so many people. But there is another example of an OEM offering battery size options which is an even better comparison, and that’s Nissan. Ever since the Nissan LEAF launched in late 2010, it had been fitted with a 24 kWh battery pack. Just past Fall Nissan added a 30kWh battery pack as an option. The entry level “S” model still has the 24kWh battery pack, but if you want the higher level SV or SL trims, you also get the new 30kWh battery pack.

BMW could do something like what Nissan did and continue to offer the 21.3kWh battery pack, but only on a base i3, to offer a lower cost option. Or they could do like Tesla does and simply allow the customer to choose the battery size they want like any other option. This will however drive dealers nuts because they now have to stock four different i3’s, instead of they two they currently do.

I’m going to predict this is indeed what BMW does, and if that is correct, here’s the 2017 i3 options that will be available as early as this September:

The BMW i3 (shown here in limited Shadow Sport Edition)

Note the gasoline range on the 33.8kWh i3 REx increased from 74 miles to 93 miles. That’s because in the US, BMW reduced the amount of gasoline available on the car to 1.9 gallons, even though the fuel tank is actually 2.4 gallons. European customers have had access to the full 2.4 gallons all along, and will continue to do so.

The reduced gas availability in the US was so the car would be classified as a CARB (California Air Resource Board) BEVx vehicle, giving BMW the maximum amount of the valuable ZEV credits, and qualifying the i3 for additional state rebates and tax exemptions. However, with the larger battery and longer all electric range, the i3 REx can now utilize the entire 2.4 gallons and still have BEVx designation, so I see no reason why BMW wouldn’t remove the gas tank restriction and give access to the full 2.4 gallons. That would increase the overall combined range of the i3 REx from its current 142 mi to 205 mi.

Of course we’re still just speculating here, and as we draw closer to the beginning of production for the 2017 model year i3 BMW has been as tight lipped as always on new or improved models. Perhaps the announcement will happen next week at NYIAS, or BMW may wait until closer to the 2017 launch as to not really kill sales of the remaining 2016 i3 inventory. In any event, the improved range will be a welcomed improvement for the i3, if not a necessary one. The new 30kWh battery pack of the Nissan LEAF is only a temporary improvement, as it’s been strongly rumored that the 2018 LEAF may have a 60kWh battery. That, coincidently matches the 2017 Chevy Bolt’s 60kWH battery pack, and that EV will boast a 200 mile all electric range.

I’m sure BMW realizes they need to continuously improve the battery in their EV’s if they want to be competitive, and this LCI refresh for the i3 proves that BMW isn’t going to sit idle and let the competition leave them in the dust.

*Editor's Note: This post and others on the i3 appear on Tom's BMW i3 blog. Check it out here.