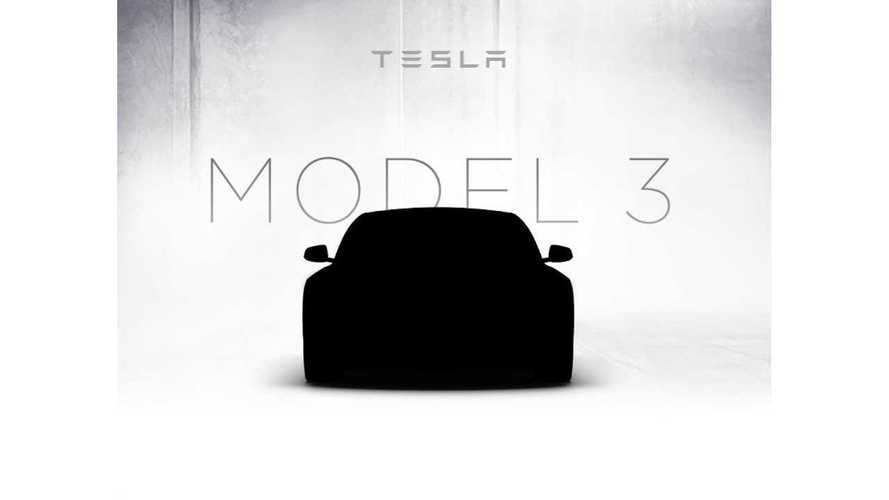 Tesla has announced that the Model 3 launch and unveiling in Los Angeles on March 31st will be a fairly exclusive event.

In total, some 800 persons will be at the debut, and for 650-odd lucky Tesla owners, they will able to attend live as well - as Tesla has announced a lottery system for attendees.

For lottery winners, the doors open at 7:00 PM (PT), but the event itself will kick off and be broadcasted from 8:30PM to 11:30PM (PT) - of course, we will have the live event feed available here for those interested.

The following invitation was send out today:

At sign-up Tesla offers some more specifics on the contest - which runs only 1 day, as the end of the month arrives soon:

"Please sign up if you would like to attend the Model 3 unveil in Los Angeles, California on March 31, 2016. This offer is available to current Tesla owners and space is limited. Invitations will be randomly selected from those who register prior to noon Pacific time on March 16, 2016. Please use the email address linked to your Tesla account when registering."

Tesla also has put out some further specifics on the live ordering process, which is set to open in-store on the 31st at 10am (PT), with online orders now beginning a touch earlier than expected (previously April 1st), during the live show from 8:30 PM (PT).  Hopefully the company has put some forethought into having some dedicated servers/bandwidth available to each event as separate entities, or it'll be a bumpy ride.

"Model 3 reservations will open in Tesla stores on March 31 at 10am PST, as well as online immediately when the event (which will also be accessible via a live stream) begins. As a current owner who has supported Tesla and our mission, your reservation will take priority and be placed ahead of non-owners."

Tesla also put out a tweet for those to tune in to a live broadcast of the event on Thursday, March 31st.