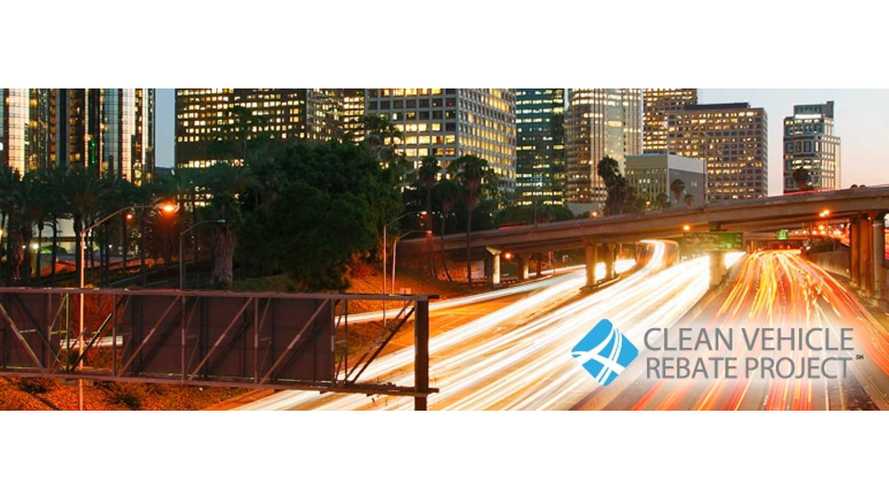 The changes bind the value of rebate to income. Separately there are differences between the vehicle types.

From March 29 forward, higher income buyers will be not eligable for the rebate, unless of course they opt for hydrogen fuel cell cars, which are highly promoted, and can also count for highest rebates available ($5,000 to $6,500).

“This increase in incentives for lower income families will help to ensure that more California drivers, especially those living in communities most impacted by air pollution, can benefit from driving and owning the cleanest vehicles,” Air Resources Board Chair Mary D. Nichols said. “And more ultra-clean and zero-emission vehicles on our roads mean cleaner air for all Californians.”

Since 2010, the CVRP has issued more than $291 million in rebates for more than 137,200 vehicles, according to the Center for Sustainable Energy (CSE), which administers the ARB program.  Rebates cover a range of battery electric, plug-in hybrid electric and fuel cell vehicles.

For low- and moderate-income consumers, CVRP rebates for all types of eligible light-duty passenger vehicles are being increased by $1,500.  When combined with the $7,500 federal tax credit for battery electric and plug-in hybrid electric vehicles, the California rebates provide savings of up to $11,500.  To qualify for the increased rebates, applicants must have household incomes less than or equal to 300 percent of the federal poverty level.  For an individual, the gross annual income limit is $35,640, and for a household of four, it is $72,900.

Higher income consumers will not be eligible for CVRP rebates if their gross annual income exceeds $250,000 for single tax filers, $340,000 for head of household filers and $500,000 for joint filers.  Income levels will be determined by the amount reported on the applicant’s federal tax return.  The caps do not apply to fuel-cell electric vehicles, which represent less than 1 percent of CVRP’s applications and qualify for rebates of $5,000.

Applicants may be required to provide proof of income.

For further information on the CVRP, a list of eligible vehicles and rebates, and complete application procedures, visit CleanVehicleRebate.org.

The incentives, and this project, are part of California Climate Investments, which use proceeds from the state’s cap-and-trade auctions to reduce greenhouse gas emissions while providing a variety of additional benefits to California communities.