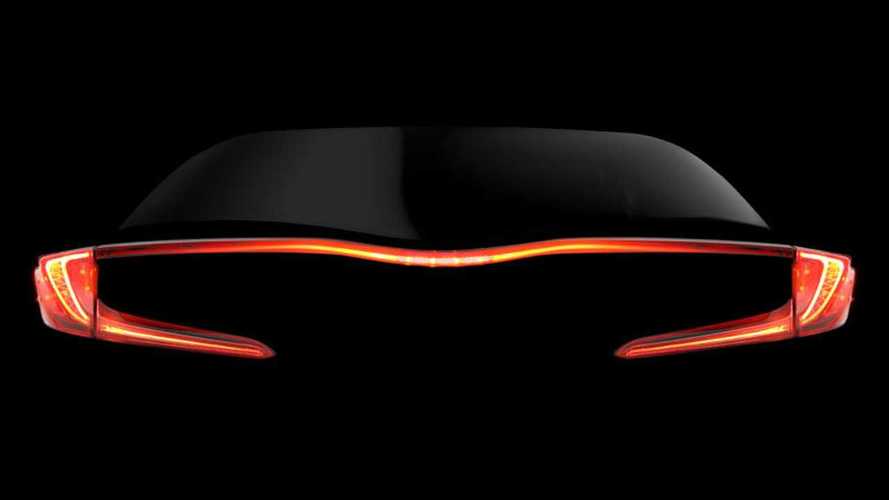 In the lead-up to the New York Auto Show, Toyota released the lone teaser seen above and this statement:

"Toyota Reveals Stand-Out Style, Intelligent Eco-Tech at NY Auto Show - The city that never sleeps is about to get a wake-up call. Toyota is rolling out the next mechanical marvel in the Prius lineup at 9:10 a.m. EDT, Wednesday, March 23."

While Toyota made no mention of what the "next mechanical marvel" refers to in the Prius lineup, Automotive News speculates the following:

"...the smart money is on a plug-in version of the fourth-generation Prius that went on sale at the beginning of the year."

Make sense to us, as spy shots leaked a long time ago do seem to line up with the teaser seen above.

Mobile.Autonet) Along With The First Look At The "Regular Prius" - Which Ultimately Turned Out Exactly Correct" draggable="false">

This 2nd Gen Toyota Prius PHV Image was Leaked Last Summer (via Mobile.Autonet) Along With The First Look At The "Regular Prius" - Which Ultimately Turned Out Exactly Correct

As for Toyota Prius plug-in hybrid specs, we feel rather confident in the following information, which was leaked by a source some 6 months ago:

The Prius PHV engine is Toyota’s 1.8-liter DOHC VVT-i inline four-cylinder gasoline engine, which puts out 105 hp at 5000 rpm. Another 90 hp comes from the electric motor, for a total 145-150 hp of system power (inputs don’t add up directly). Current PHV is equipped with a 60 kW electric motor.

We should note that although the original Prius PHV (and this subsequent 2nd generation version) is not revolutionary by any stretch when it comes to what it can do on electricity, it will set a new benchmark in extended range abilities.

More than that however is the brand, and what name recognition can do for market adoption.  The older generation (when stocked) could sell upwards of 2,700 copies in a month with little effort from Toyota (a rare situation in the EV space) thanks to the Prius name - we expect no less from this 2nd generation model.

The 2nd generation Prius PHV has been delayed several times (with the first model going out of production in June of 2015), and has been promised to return his year.  Looking at production schedules and allocations we think ~November/December of this year would be about the earliest the model could arrive.